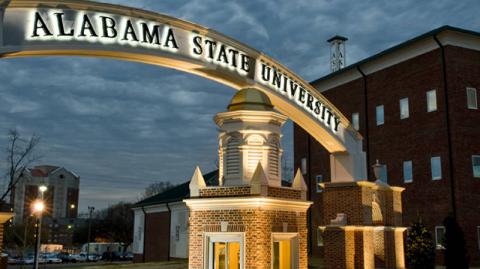 Moody's Investors Service has announced that it has upgraded Alabama State University's general tuition and fee revenue bonds to Baa3 from Ba2 and the Series 2005 lease revenue bonds to Ba1 from Ba3 with a "stable outlook." The action represents a “two-notch" upgrade of the senior most revenue bonds.

In announcing the upgrade, Moody’s acknowledged that fiscal improvements have taken place at the University.

“Favorably, governance and management credibility is improving after a period of significant dysfunction and turmoil, a credit supportive element,” the release stated.

“The stable outlook reflects Moody’s expectations that ASU will continue to receive solid state operating support and take prudent fiscal measures to build liquidity, with no further reliance on the operating line of credit. A continued supportive state and federal funding environment is core to the outlook.”

“Bringing fiscal stability to this institution has been a commitment of my administration from day-one. That commitment was one of the reasons that we refinanced the University’s debt through the HBCU Capital Financing Program,” Ross said. “My leadership team has worked diligently in support of my efforts to bring about this upgrade from the rating service. Our vice president for Business and Finance, William Hopper, and his staff have been exemplary in toeing the fiscal line and developing and instituting protocols that have placed the University in the position of being more fiscally sound than when we first began in 2017. We had a number of challenges to overcome, but we have faced them all as a team and the results are very encouraging.”

According to the release from Moody’s, another reason for the upgrade was forgiveness of approximately $139 million of debt the University carried through the Department of Education HBCU Capital Financing Program. The forgiveness was authorized for participating HBCUs by the Coronavirus Response and Relief Supplemental Appropriations ACT (CRRSAA) in December of 2020.

“When we entered the HBCU Capital Financing Program in 2017, we, of course, had no idea that our participation would lead to our being part of the debt forgiveness program authorized by CRRSAA),” said Bill Hopper, ASU’s vice president of Business and Finance. “While the Coronavirus has been a monumental challenge for this nation and for ASU, one of the few favorable outcomes of COVID-19 is the nationwide emphasis on HBCUs and the need for support.”

The release also states that the upgrade is “driven by ASU’s significant funding in fiscal years 2020 and 2021 from the three Coronavirus-related federal aid relief acts, including forgiveness of 70 percent of debt. The subsequent reduction in liabilities and debt service, combined with a moderate boost in liquidity from very low levels, will provide ASU with greater financial flexibility to manage in a very competitive student market. Strong federal and state support (State of Alabama, Aa1 stable) for ASU now and for the foreseeable future reflects a shifting societal trend for greater governmental financial support of the mission of historically black colleges and universities (HBCUs), a supportive credit element and key driver of this rating action. The rating remains constrained, however, by ongoing significant student market challenges.”

The release further stated that the “constraint” of the rating is related to other factors such as rising pension expenses, a rising “age of plant," deferred maintenance and long-term campus improvements remain a financial and competitive challenge.

“Since I assumed the position as president of Alabama State University in October of 2017, one of my primary goals has been to address the more than $28 million in deferred maintenance that I inherited,” Ross said. “Thanks to the expertise of our vice president of Facilities and Operations, Donald Dotson, his staff and other leadership team members, we have been able to make tremendous progress in this area. We have been ‘challenged,’ but we are not even close to being defeated when it comes to improvements to our campus.”