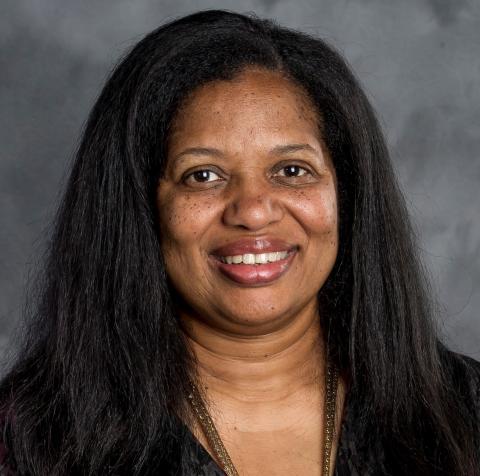 The prolific author who is chair of the University's Department of Languages and Literature and a professor of English - Dr. Jacqueline Allen Trimble - is publishing her second book of poetry in August that is an amalgam of black life and its rich history, serving up a paper and print “gumbo” of African-American’s experiences. Her book is titled "How to Survive the Apocalypse," and it dissects the countless apocalypses that the black community has endured, which she expresses through her poetic craft.

Although this is Trimble's second book of poetry, she estimates that just within the last two years, she has written more than two dozen poems, essays, scripts and other expressions of the written word.

"I was inspired to write this collection of poetry as I thought about the African-American diaspora and the various forms of art that our community has produced over the centuries from such varied creative works as music—such as the blues and jazz— paintings, quilt-making, poems, carvings and so many other items, which make up our cultural heritage," Trimble said.

SECOND BOOK OF POETRY HAS A JAZZ QUALITY

In a statement issued by her publisher, New South Books, it states that Trimble’s second collection of poems "fiercely, joyfully mines the everyday in search of understanding about black history and black life...it has a jazz quality. Trimble reimagines the sonnet and the parable, producing poems of ironic indictment and joyous celebration. The book explores aspects of the black experience in America, from black woman-pride, Nat Turner, kneeling, and the burning down of fast-food restaurants. Sometimes funny, sometimes biting, 'How to Survive the Apocalypse' connects history to the contemporary and in the writing proves that the only balm for rage is creativity."

The official book launch for Trimble's book will be August 18, at 6:30 p.m. at the Montgomery Museum of Fine Arts. The event will feature a short film about one of her poems. Directed by Ouida Washington, the film features Alabama State University's dancers. A short reading and discussion will take place, followed by a book signing and a reception.

Dr. Jacqueline Allen Trimble has won several distinguished honors and accolades in the world of literature, including being named as a Fellow of the National Endowment for the Arts, a Cave Canem Fellow, and an Alabama State Council on the Arts Literary Fellow. Trimble's 2016 debut collection of poems "American Happiness," won the Balcones Poetry Prize.

"How to Survive the Apocalypse" is now available online.