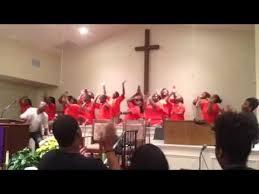 For the past quarter-century, Alabama State University’s Tribe of Judah’s performances have brought joy to crowds locally and nationally. This year, it will share a milestone with its fans.

The Tribe of Judah is celebrating its 25th anniversary via social media. Though this year’s celebration is quieter than usual, it will maintain a certain ritual.

“There won’t be an event this year to celebrate our 25th due to COVID-19.  Our alums and past students will post memories and videos on social media until March 15, which would normally be the time that we would celebrate Judah Fest, a staple here on campus and with the community,” said Sonya Satterfield, the Tribe of Judah’s last adviser.

The Tribe, which is composed of students and alums including musicians, is now retired and only performs for special events.

“The Tribe of Judah was one of the best college gospel choirs around, which was recognized on both local and national platforms…The Tribe of Judah always represented the University well and recruited other students through their performance and conduct. They represented so well that both students and parents would always inquire about what school did these students attend and how they would like to send their children there. Those were very proud moments,” said Satterfield.

Satterfield pointed out that the Tribe's performances included various genres of gospel music from contemporary to traditional to soul-stirring inspirational hymns. The group combined step, dance and drama in their performances.

The choir was founded in 1997 by Cinque Cullar, now a successful International gospel recording artist and an educator, when he was a freshman at ASU.

Cullar said he started the group to share with ASU what Chicago, “the choir city,” was offering at the time.

“The focus of the organization was to share a message of hope and encouragement,” said  Cullar.

Through hard work and dedication and the accompaniment of talented musicians, Cullar and the Tribe of Judah had the opportunity to perform for nationally known recording artists and groups such as Ricky Dillard, JJ Hairson and Youtful Praise, Jonathan Nelson, Tye Tribbett, Detrick Haddon and more. The Tribe of Judah’s sophomore project “Live in Montgomery,” featuring their hit single “Nobody Like Jesus,” can be found in stores today.

“I am humbled and appreciative particularly to the Montgomery community for embracing us,” said Cullar.

Cullar is not only an ordained minister, artist, producer and director, he is also the director of Student Life and Partnership at Walter H. Dyett Performing Arts High School in Chicago, his hometown.

Alumnus Shun Williams (’00), an original member of the choir, said the Tribe started out with seven powerful voices, but soon became more than a campus choir.

“It could be described as a community service and a healer,” said Williams. “I joined the Tribe of Judah after my roommate told me about the organization. I became the organization’s treasurer.”

“When I joined the Tribe at 18 years old, I was going through some personal things in my life, a lot of trauma. My personal walk with God through the Tribe helped me overcome a lot of what I was dealing with,” Williams said. “The Tribe has enhanced my adult life."

Alumna Deshawnda Partlow (’08), who joined the Tribe after it was already touring and had made its first album, said she credits her success to her experience in the choir.

“My experience in the choir was life-impacting. Some of the lessons that I learned in the Tribe of Judah I take with me today, even the connections that I made. Touring with the group and sharing the stage with some of gospel’s greats is something you never forget,” Partlow said, who became president of the choir after Cullar took a job in Chicago.

Partlow gives special thanks to Cullar for being the source of one her greatest joys – being a part of the Tribe.

“Thank you is not enough to say to Mr. Cullar. No matter who you talk to whether they were in the organization two days, two years or 20, that organization helped changed the trajectory of some of our lives, if not changed or saved some of our lives.  Mr. Cullar will never know the magnitude of how important it was to have a Tribe of Judah especially at the time that we were able to encounter it,” Partlow expressed. “I don’t think he will ever get the full impact of how he changed our lives.”

Satterfield said although the Tribe has retired, they have opened doors for youth ages 9-17 that they mentor.

“These students have been afforded a chance to travel, perform and learn from the best. With their unique skills and style, we present the youth group known as ‘Tribe of Judah Phase II,’ the future of The Tribe,” said Satterfield.