Tarvaris Jackson Remembered as a ‘Good Man’ at Saturday’s Memorial 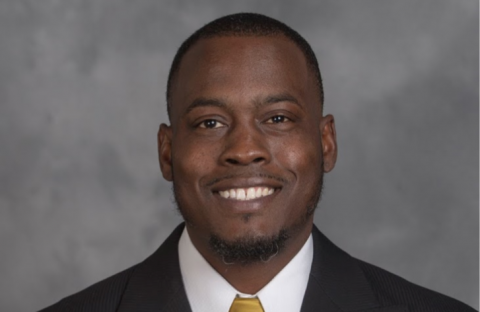 His life was brief but impactful.

He is remembered as a loving husband and father, a dedicated son, a faithful friend, a compassionate mentor, a constant giver and as a young man who loved a good laugh.

On Saturday, April 17, members of Hornet Nation watched the “homegoing” celebration of Jackson’s life and legacy online with mourners from around the country and across the NFL.

The service was held in Montgomery at True Divine Baptist Church, where Jackson attended services. Because of Alabama’s COVID-19 policy limiting gatherings—including funerals—to no more than 10 people, the family paid their final respects in shifts. The family members included his wife Lakitta, his three children—Tarvaris, Takayia and Tyson—as well as his parents and siblings.

For those who couldn’t attend, including Jackson’s former NFL teammates and coaches, the church livestreamed the ceremony on social media and YouTube.

The themes of his life were evident in the words of the men and women who spoke about him: family members, friends, his former coach and the current principal of his high school.

They noted how he challenged others to be better and work hard to reach their goals. At times through tears, they also talked about his infectious smile, his uplifting jokes and how he was an enormous giver.

Former Alabama State head coach L.C. Cole said that he remembered Jackson as a humble player capable of transforming his personality completely on the football field.

“He was so talented, that’s why I wasn’t surprised that he succeeded in the NFL,” Cole said. “As a player at Alabama State University, he was quiet off (the) field but very explosive on the field. He was very humble.  He worked hard and did whatever he needed to do to help his team to win. Tarvaris was a program changer. We lost a great one, and I’m glad I had that time to spend with him.”

Jackson’s biological father, pastor Stanley F. Gillis of Mount Sinai Baptist Church, described his son as a living testament of how to live a good life.

“My son’s lasting impact comes from showing people how to live life the right way as a human being. He imparted a lot of those principals that he lived by to his players. I’ll remember him for those lessons of how he treated his wife, his daughters, family and friends.” Gillis said. “Tavaris was a blessing to everybody. He gave everybody whatever he had.”

Rev. Steven D. Huntley, Jackson’s pastor, emphasized that everyone has a responsibility to keep the coach and former NFL player’s legacy alive, especially for his children and for the next generation growing up.

“It becomes our responsibility. When we are giving speeches or coaching these quarterbacks, interject his name in there to tell how much impact he made on your life,” Huntley said. “We owe him that much for all that he gave us.”

Jackson’s longtime friend, Jeremy Watkins, spoke of Jackson’s generosity of spirit, even when they were both students and athletes at ASU.

"One summer, I didn’t know where I was going to stay. He came to me and told me that he had talked to his Mom and she was going to let me stay with them,” Watkins said. “…that was the type of man he was. He lived by his heart, not by the trend of today.”

Jackson, was a second-round pick out of Alabama State in 2006. He played with the Minnesota Vikings, Seattle Seahawks and Buffalo Bills.

He played with Russell Wilson in Seattle where they were members of the Superbowl XLVIII Championship team in 2014.

Wilson along with other former and current NFL players tweeted about Jackson’s passing:

Wilson tweeted: "TJack... you will be missed. Praying for your family ... Love you man."

Former Vikings quarterback, Sage Rosenfels tweeted: “During 2 training camps I competed with Tarvaris Jackson for the starting spot with the @Vikings before Favre arrived both seasons. For two guys fighting for the same job, we got along exceptionally well. TJack loved his family and teammates, and they loved him back. RIP #7.”