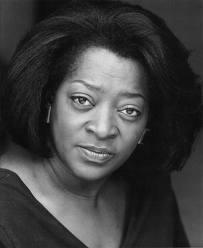 A new movie is about to premiere that stars the retired dean and much acclaimed acting mentor of many students and alumni of Alabama State University's College of Visual and Performing Arts, Dr. Tommie Tonea Stewart.

Stewart, a highly acclaimed movie and television actor, stars in the movie-short, “Doretha’s Blues,” which will be launched at the Seattle International Movie Festival.

The short centers on a formerly successful blues singer who lost her ability to sing when  her son was tragically killed in an incident with police.

"We see this amazing short-movie climbing in approval as it continues to have more and more positive industry (Hollywood) feedback after its recent debut at the 'South by Southwest Film Festival,' which is on the same level of respect as the Sundance Film Festival," Stewart said.

Stewart explained that Doretha's Blues addresses the deep-rooted anguish that the title character suffers when she loses a child through an act of violence and also loses the ability to perform the blues, which is her livelihood as an acclaimed singer.

"This is a story about a mother who was a very successful blues singer and at the pinnacle of her popularity, loses her much-beloved son to a needless police-related death. After her son's homicide, she no longer is able to sing a note, not a song will come out of her, which ends her budding career. The movie takes us to Doretha as she visits the blues bar where she was first discovered and made it big in singing the blues. An incident occurs while she is in the bar, which is the linchpin of the movie," said the acclaimed actor.

Stewart said that the short is directed by Channing Godfrey Peoples, who also wrote the screenplay. The movie was shot in 2020 on location just outside of Dallas, Texas.

STEWART IS NO STRANGER TO HOLLYWOOD

Stewart is well known not only for her incredible success in being the driving force behind ASU's theater, dance and other artistic endeavors, but also for her stellar career on the big screen and in national television productions. Her earliest fame came for her 12-year appearance on the television drama, "In The Heat of The Night," where she had the recurring role of Aunt Etta Kibby.

Stewarts other screen and television credits include A Time To Kill, The Rosa Parks Story, Mississippi Burning, Invasion of the Body Snatchers III, Living Large, My Stepson/ My Lover, "Walker, Texas Ranger," "Memphis Beat," "Matlock," "Leave of Absence," "I Know Why the Caged Bird Sings," "ER," "Touched by an Angel," "Mississippi Damned," and several Lifetime Movies.

ABOUT BEING A FULL-TIME ACTOR AGAIN

Stewart, who was served in several roles at ASU for more than two decades, was the founding dean of the College of Visual and Performing Arts (COVPA), where she became the guiding light behind much of college’s national success as a portal for students to be seen in Hollywood movies, national television shows and on Broadway. Stewart is excited about now being able to devote all of her time to her acting career.

"It feels great to be a full-time actor again after so many years of having to split my time between acting and my love of teaching," she said. "While I loved working with students, I never could give acting my full attention due to my academic responsibilities. So now is both refreshing and rewarding."

She said that just after her retirement from ASU, the offers started rolling in to her agent.

"It is gratifying to know that casting agents, directors and producers are again interested in me being in their movies," Stewart exclaimed.

FUTURE IN FILM AND TELEVISION

Stewart said that there is some talk among Hollywood executives about Doretha’s Blues being adapted into a full-length feature film, and other projects are in the works.

"Because of the confidentiality of movie negotiations, I can't discuss details, but my agent is fielding discussions with directors about me in an upcoming feature movie, as well as me working in another television series, which are both wonderful possibilities. Being at Alabama State gave me great fulfillment with acting, which is my life. God continues to bless me abundantly."