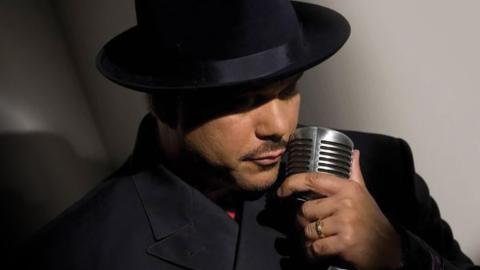 Howard Hewett, one of the most gifted vocalists in the Post-Marvin Gaye era of pop R&B, will perform live at the 2019 President's Gala, a benefit for Alabama State University. The Gala, which will be held on Thursday, September 5, 2019 from 7 to 10 p.m. at the Renaissance Montgomery Hotel and Spa at the Convention Center, will be an evening of dinner, dancing and entertainment.

Hewett got his mainstream break as the male vocal lead in Shalamar, a group that included the bright vocals of Jody Watley. The group gave the world feel-good dance favorites including: The Second Time Around, A Night to Remember, For the Lover in You, as well as a number of beautiful B-side ballads like You Can Count On Me and Somewhere There’s a Love.

In the mid-eighties, Howard sets out on his solo career, releasing I Commit to Love in 1986. Subsequent projects have solidified Hewett’s place in the high ranks of R&B balladeers by writing and collaborating and lending his voice within an intimate group of crooners, including George Duke, Quincy Jones, James Ingram, Anita Baker, Prince and Stanley Clarke. With Elektra, he released Forever and Ever (1988- Once, Twice, Three Times), Howard Hewett (1990- Show Me) and Allegiance (1992- Can We Try Again).

In 2001, Hewett released the all inspirational album The Journey, where he shows us that his faith can’t be separated from his heart and soul.

Hewett continues to seduce audiences and eardrums as he is constantly touring and intermittently releasing new music.

For tickets and more information about the Gala, contact the Office of Development at 334-229-4563 or visit: www.alasu.edu/gala.