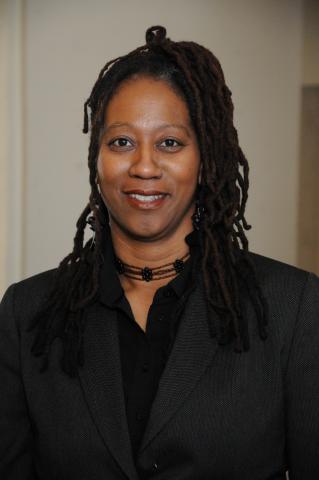 ​In ​the 1990s, a young woman in her 20s decided to stand up to systemic racism on her university’s campus. Her activism became the focus of a documentary titled “Facing the Façade,” a documentary directed by Jerald B.  Harkness that examines black students’ experiences at Indiana University (IU) Bloomington, a predominately white campus.​

Now, more than 20 years later, IU has invited Dr. Kimberly L. King-Jupiter, a professor at Alabama State University, along with other students highlighted in the 1994 documentary, and the film’s actor to be a part of a virtual panel discussion about the film on Sunday, June 28, at 8 p.m.

“The documentary examines the experience of black students on predominantly white college campuses and how they coped with feelings of alienation, frustration and discrimination,” said King-Jupiter, a founding member of IU Black Student Task Force.

King-Jupiter said students spoke frankly about their minority status on campus and the persistence of racist attitudes among fellow students and instructors.

“They talked about racial separation, integration, black studies programs, sexism and even prejudices within their own community based on language, behavior, hair and dress styles,” she added.

The event will begin with a virtual screening of the award-winning film followed by the panel discussion. The film’s director will moderate the discussion.

“I believe what black students were experiencing on white campuses was worth telling in ‘Facing the Façade,’ which won Best Documentary from the Indiana Film and Video Awards,” said King-Jupiter, who teaches in ASU’s Doctoral Program in Educational Leadership, Policy and Law. “The documentary included undergraduate and graduate students; it was a cross-section of students. I think that’s why the film was so successful.”

King-Jupiter said those who can’t tune into the 55-minute virtual showing on Sunday can view the documentary on YouTube. Those who register for the event will receive access to a link for the film and panel discussion.

“In the ‘90s, activists decried the racial climate on predominately white campuses,”King-Jupiter explained.

She pointed out that black students at IU echoed tactics employed by student demonstrators in the 1960s and ’70s. They held vigils and rallies about their experiences at IU.

“There were so many racial incidences at Bloomington in the early ‘90s,” King-Jupiter explained.  “As a result of that, a group of students who were activists on campus worked collectively with the administration through the Black Student Task Force to address some of the prejudices students of color faced on campus.”

As a graduate student, her activism included writing a column for the all-white university student newspaper.  Her involvement in campus activism coupled with the column led Harkness to highlight her in the documentary titled “Facing the Façade.”

“I was at the height of my activism, I was writing my column under a pen name and marched on the chancellor’s office, among other things,” she said.  “Because of this, every day when I got to my off-campus home, there was a long list of recordings on my answering machine calling me the “N” word and threatening me.”

She pointed out that there was a string of racialized attacks on black students, including a group of black undergraduates who were beaten in the parking lot of Taco Bell because they wouldn’t allow white fraternity students to skip the line in front of them at the establishment.  In another incident, King-Jupiter recalls trash being thrown on black female students while walking on campus.

One of her own experiences included contending with an IU teacher who had assumptions about her competence.

“No matter how well I did in class, I knew I would only get a ‘B’ for ‘A’ work,” she said.  “I would always ask questions in that class, until one day the teacher told me to stop asking questions because I was challenging his teaching abilities,” she explained.

IU’s history has included many racist moments, she emphasized.

“But the administration was responsive to our concerns and pain, and the chancellor at the time had a desire to see a different university. So, I applaud my alma mater for hosting this event, particularly during this time with so many people around the nation and world protesting for justice and racial equality,” King-Jupiter said.

King-Jupiter said the issues discussed in the ‘90s documentary are still relevant today.

“If you look at the film, the narrative that people shared, students today are having the same experiences,” she added.

She noted that there are very few institutions that have sustained and advanced the African-American community in this country as much as HBCUs (Historical Black Colleges and Universities).

“HBCUs, such as Alabama State University, are so important in understanding the black experience in America,” King-Jupiter explained. “They provide a safe haven and are a source of empowerment and a means of expression for students of color.”

She said the conversation on racism should not only be had at predominantly white colleges, but at HBCUs too.

“Once students leave an HBCU, we have to prepare them for a world that is not an HBCU.  We must teach our students how to navigate racism.”