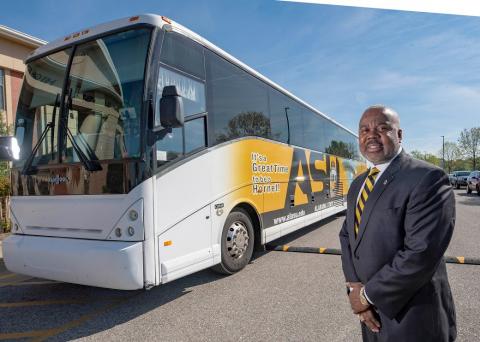 The second week of the Alabama State University President’s Tour, which kicked off in Birmingham on April 8, was as energetic and exciting as the first leg.

ASU President Quinton T. Ross said the tour started on an impressive note and ended with overwhelming response.
“Since its inception, the tour has served as a source of hope and inspiration for high school students, as it helps to usher their dreams of a college education into reality,” Ross said.  “It’s about opening doors and offering opportunities.”

To keep to that mission, on-the spot scholarships were awarded both weeks of the tour. Students also were able to submit test scores and transcripts onsite and had a chance to qualify for potential scholarships. 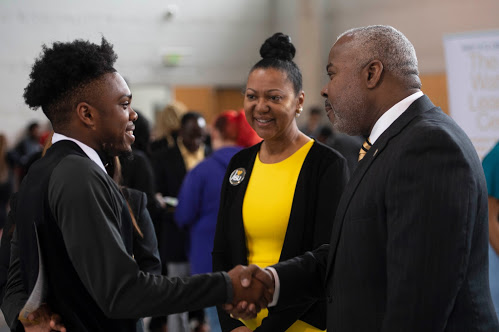 At each tour stop, President Ross inspired ASU pride and made a great case for why students should choose ASU.
“I want students, parents and supporters to understand that ASU has something very unique to offer,” Ross said.  “From research to robotics and from theatre arts to physical therapy, Alabama State University has an outstanding array of high-demand and traditional academic programs to offer our students.”

Ross said people around the world know and love ASU because of the excellent professors and staff at the University who have helped thousands of students unlock their potential and find the path of their dreams.

“That story still needs to be taken everywhere we can take it.  This is a remarkable institution known for producing outstanding students,” Ross said. 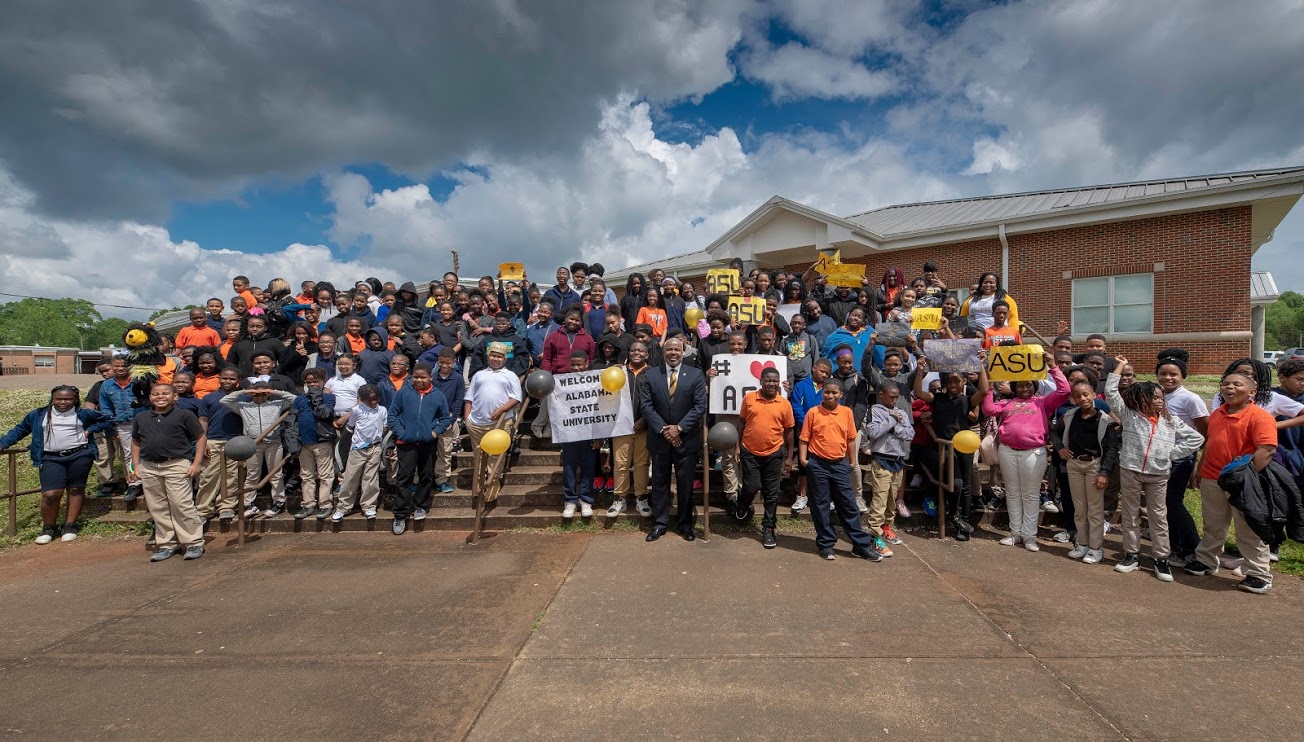 Ross and his road team of students, faculty, staff and administrators were greeted by enthusiastic crowds at each tour site.  High school bands and cheerleader squads ushered in President Ross and a parade of others representing the university.
One of the most emotional moments came when the tour stopped in Marion, Ala., the birthplace of Alabama State University. Students were lined up, the band was playing and spirits were high.

“As we drove up to the school, we were greeted first by a throng of enthusiastic students from Marion Elementary School. They were waving handmade signs and banners and chanting ‘AS-AS-AS-AS-U!’ As one of my former professors used to say, I became ‘commotional,’ which is a little beyond emotional. We were truly welcomed home,” Ross said.

The welcome and emotions continued that afternoon as Ross and the team had the opportunity to tour the Lincoln Normal School Museum which houses memorabilia related to the historic school for African American children that evolved into what is known today as Alabama State University.

The week also included evening receptions that provided opportunities for engagement with alumni and other friends of the University.
In Birmingham, Mayor Randall Woodfin attended an evening reception, saying “I’m a proud friend and supporter of ASU. This university has a lot to offer.”

Members of the Gadsden chapter of the National Alumni Association joined the tour at Gadsden High School.

“We were pleased to find out that the tour was coming to Gadsden,” said chapter president Gerald Presley. “I think that being able to talk to representatives and ask questions is beneficial to potential students.” 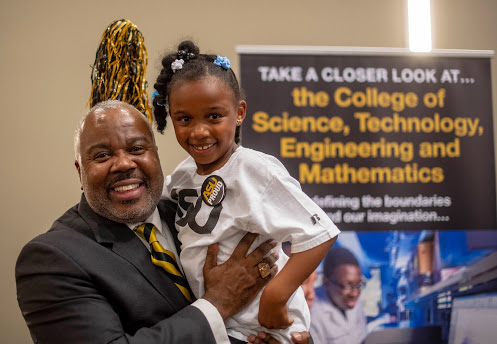 At the reception in Huntsville, attendees viewed Nike’s new documentary on the Honey Beez and heard from band director, Dr. James Oliver. They also met the members of the University’s Rover Challenge Team who were in Huntsville to participate in a national competition.

“We are so proud of our University and particularly our students,” Ross said. “We have a great story to tell and this tour has given us the opportunity to share that story with audiences across the state and even into Georgia.”

The last leg of the tour ended with a Hornet Extravaganza in Montgomery. The activities included:

Saturday, April 13:
10 a.m. College Fair in The ASU Stadium. Attendees had an opportunity to meet with faculty, staff and students from ASU’s colleges, as well as representatives from the Office of Admissions and Recruitment.

“We are so excited to be on the road again with the President’s Tour,” Williams said. “It’s amazing how much of a difference it makes to potential students to have so many of us visit their schools. And having Dr. Ross with us at every stop has been a great benefit. Our goal was to ensure that every corner of the state has an opportunity to view what ASU has to offer and to give students firsthand knowledge of why it’s a great time to be a Hornet.”