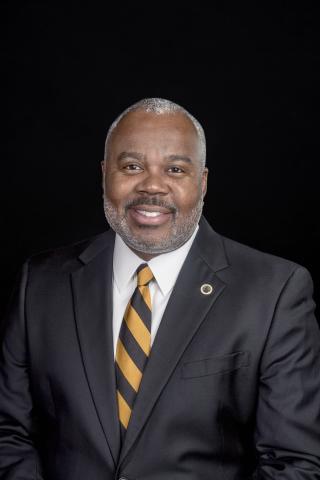 Alabama State University President, Dr. Quinton T. Ross, Jr., has been selected for another federal appointment. Ross was notified last week that U.S. Secretary of Education, Dr. Miguel A. Cardona, had appointed him to serve as a member of the Historically Black College and Universities Capital Financing Advisory Board (HBCUCFAB). Ross will be one of only six presidents of HBCUs to serve on the 11-member board.

In his letter to Ross, Cardona explained that the “HBCUCFAB is established within the U.S. Department of Education to provide advice and counsel to the Secretary and the Designated Bonding Authority (DBA) as to the most effective and efficient means of implementing construction financing on the campuses of HBCUs and to advise Congress regarding the progress made in implementing the Program.”

In accepting the appointment, Ross expressed his excitement to serve on the advisory board of a program that helps HBCUs in such a critical area.

“I am honored to be selected by Secretary Cardona to serve on the advisory board for the HBCU Capital Financing Program,” Ross said. “HBCUs have traditionally been underfunded and have not always been allowed access to loans that would finance new construction or upgrades to existing facilities. A few HBCUs, including Alabama State University, have already benefited from the refinancing program. My desire is to work with my fellow board members to advance the program’s mission and impact.”

Ross will serve on the HBCUCFAB for at least two years and, according to the establishing legislation, will meet with the Secretary of Education at least twice per year.

This is Ross’s second federal appointment in less than two months. In April, he was tapped to serve on President Biden’s HBCU Advisory Board.