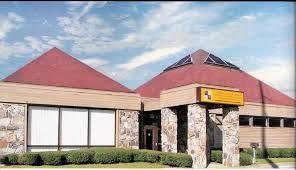 ASU's National Center for the Study of Civil Rights and African-American Culture.

- Event thanks individuals and organizations who support the Center with charitable giving.

Sunday, August 30, marks the first-ever virtual Annual Patrons & Donors Reception held by Alabama State University's National Center for the Study of Civil Rights and African-American Culture (National Center). This year marks the 17th anniversary of the reception which recognizes the individuals and organizations that have contributed to the Center’s success either financially, by making donations of art or artifacts or by providing other means of support.

The event may be viewed at 3 p.m. (CST) Sunday on YouTube or on the National Center's Facebook page "@CivilRightsCenter."

The executive director of the National Center is ASU dean, Dr. Janice Franklin, who is also one of the Center’s founders.

"It is important to ASU's National Center to recognize the dedication of the Center’s patrons and donors as the crucial pillars of support for our mission. The first part of Sunday's program will highlight the scope of its patron's activities and National Center programs, which are only made possible by the support of our patrons," Franklin said. "The second part of the program will feature new donations made to the ASU Archives this year."

She said that the National Center will also honor nine individuals who have contributed additional materials to its collections.

Among the most notable items donated to the National Center recently include:

* The James Alexander “Nassau” McKenzie Collection that consists of McKenzie’s 1965 color 8 mm film footage of the 1965 Selma to Montgomery March donated to the ASU Archives by three of McKenzie’s children: Taylor Alexander McKenzie, Carolyn McKenzie Jackson and Linda McKenzie Wilson. In the Spring of 1965, James Alexander McKenzie, who worked in the plumbing department at Alabama State University, captured on film students from LAMP High, Dr. Martin Luther King, Jr., and other dignitaries attending the famous march at such locations as the City of St. Jude, along the streets of Montgomery and the culminating activities on Dexter Avenue in front of the Alabama State Capitol.

* A donation made by the family of ASU alumnus Lee Henderson Walker who interacted with the giants of the civil rights movement, including Dr. Martin Luther King, Jr. and E. D. Nixon. The Walker Collection features hundreds of books, photographs and vinyl records featuring addresses by Booker T. Washington, Dr. King and Minister Louis Farrakhan.

* The family of sociologist Dr. Beverly John donated in excess of 500 books to the ASU Archives.