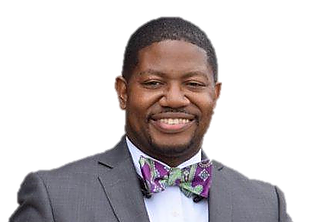 Originally from Charleston, South Carolina, Gourdine has managed to inspire people, young and old, from all walks of life as he uses his God-given talents and abilities to teach, motivate and spiritually uplift people of all ages. A graduate of two Historically Black Colleges and Universities (HBCUs), Jarvis Christian College and the Interdenominational Theological Center (ITC), Gourdine has been actively involved in the ministry for over 16 years; and, pastoring full-time for over 13 years.

At the core of his ministry, is a willingness to serve. This sentiment was evident by his selection to lead the Dexter Avenue United Methodist Church. Pastor Gourdine was the first, African American to pastor this predominantly White church on the famed Dexter Avenue in downtown Montgomery, Alabama. Prior to its closing, he also hosted the local TBN’s Praise the Lord broadcast for 5 years. Community-wise, he has been featured in the Montgomery Advertiser; was the co-host of the Frazier Asbury Show; appeared on WSFA, WVAS, WCOV for various community outreach efforts; and, is a graduate of Leadership Montgomery.

Gourdine also serves as a chaplain at Baptist Medical Center South and owns a t-shirt line called, Favor Forever Wear.  He is a loving husband to Mecco Harris-Gourdine; and, father to three beautiful children—Micaiah (13), Matthias (11) and Myles (9).