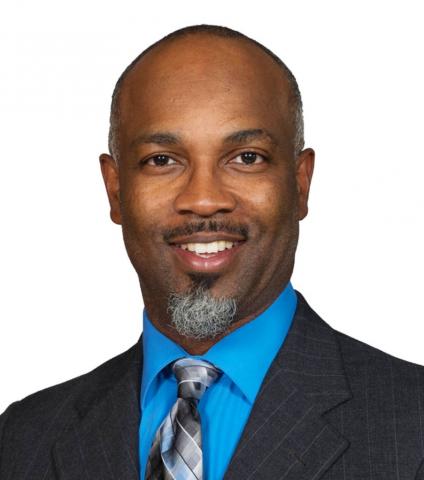 During his tenure as the University’s 1992-93 SGA president, he successfully led the student body in a four-day sit-in protest and class boycott, which revolved around increased parking fees and lack of student representation on ASU’s Board of Trustees (BOT). The protest resulted in reduced parking fees and student representation on the BOT; a revamping of health care for students; a seven to eight-day registration process, which was relocated to the Dunn-Oliver Acadome; better food services in the dining halls; and extended hours for the Levi Watkins Learning Center and the Office of Financial Aid.

Tait continued as an advocate for change as the senior pastor and founder of New Beginnings Church of the Living God Avondale in Cincinnati, Ohio. He is best known for his passion for community, strong preaching and leadership.

In 2019, through his ministry’s Project Ceasefire, he co-sponsored “Ride for Peace – Live Instead of Rest in Peace” caravan. The processional featured police-led funeral hearses driving through Avondale and Cincinnati inner city neighborhoods in a campaign to stop the violence. Each vehicle bore a funeral ﬂag representative of the final ride that most victims of gun violence take to reach their final resting place.

Tait is known as an activist within the greater Cincinnati community, particularly in regards to peace and justice organizations and programs. Tait has served on a number of committees and boards including the Community Police Partnering Center, the Avondale Community Development Corporation, the Poverty Collaborative, Faith Community Alliance, Serve and Ceasefire, the City Manager Advisory Community, Every Child Succeed and the Concerned Clergy of Avondale.

Tait graduated from ASU in 1995 with a degree in Finance. He is married to Evangelist Sheree Tait (‘93). They have four children: Christiana, Ennis, Emmanuel and Stephen, and a grandson, Trystan. As a pastor, his goal is to advance the Kingdom of God through evangelism and discipleship, developing believers who care about the needs of those around them and who want to connect others to the body of Christ.