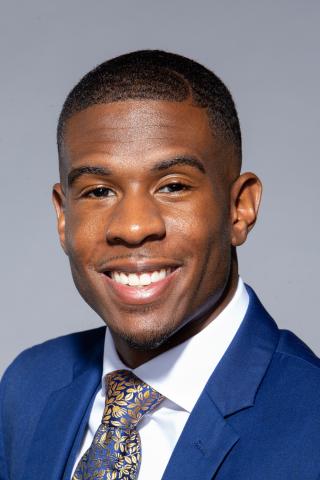 Alabama State University will host its annual Dr. Martin Luther King Jr. Convocation on Tuesday, Jan. 22 at 11 a.m. in the Ralph D. Abernathy Auditorium. The theme is, "The Fierce Urgency of Now".

Pastor Courtney D. Meadows, senior pastor and overseer of First Missionary Baptist Church in Whitehall, Ala. and the Victory Through Faith Worship Center in Montgomery, will be the guest speaker.

Meadows, a 25-year-old, emerging twenty-first century leader, is the founder and chief igniting officer of Igniting the Flame Ministries. Through ITF, Meadows hosts a daily devotional broadcast which engages hundreds through social media. Additionally, he is a gospel recording artist and recently released his first single titled, “Ignite Your Flame”.

A firm believer in community and youth empowerment, Meadows is the executive director of Higher Vision 2000 Incorporated, a community development organization that provides educational enhancement and cultural opportunities to the youth of Lowndes County, Ala.  He also is a founding member and coordinator of Student Programs for the Southern Youth Leadership Development Institute. Meadows serves as chaplain and faith coach to the ASU Football team. He also is an advisor and member of the Board of Directors for community organizations including the Cleveland Avenue YMCA, SAYNO Incorporated, Gateway Youth Empowerment Outreach and the Alabama Cooperative Extension System of Lowndes County.

For more information about the Convocation, contact ASU's Office of Student Affairs at 334-229-4241