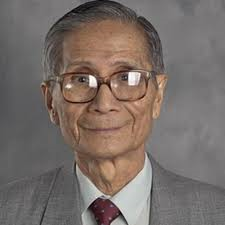 By: Kenneth Mullinax/ASU
One of Alabama State University's most respected and longest-serving faculty members in the Dr. Percy Vaughn, Jr. College of Business Administration (COBA) died over the weekend.
Dr. Chiou-nan Yeh, who was among the first cohort of professors who assisted Dr. Vaughn in creating COBA, passed on March 13 at his home in San Francisco, California, surrounded by family. He was 86 years-old.
He was a faculty member at ASU from 1976 to 2014, and was the long-serving chairman of COBA's Business Administration Department, said ASU Provost Dr. Carl Pettis.
"Although he had retired a few years ago, the University will miss his spirit and integrity, as well as his selfless commitment to O' Mother Dear, which was evident each and every day he taught on our campus," Pettis said by phone. "One has to also admire his long tenure and time at ASU that speaks to his dedication to our students and to the University's mission, which is something we value and appreciate."
Dr. Yeh joined ASU as an assistant professor of Economics and was counted as one of the student's favorite faculty members because of his depth of intellectual knowledge and his ability to share it in a way that was easy to understand, said COBA's Dean, Dr. Kamal Hingorani.
"He was an integral part of our faculty at Alabama State University and made numerous contributions to the success of the college, which included working hard with Dean Percy Vaughn in helping the college of business receive its first accreditation," Hingorani said.
"Dr. Yeh was a scholar and a gentleman who cared deeply about the reputation of ASU and the business school. He was much admired about the ease and expertise in which he taught our students, which was accomplished in a way that enabled his students to reach their utmost academic potential."
ASU's Provost issued a final thanks to Yeh's family.
"The University wishes to thank Dr. Yeh's wife and son for sharing him with Alabama State University for so many decades, and for his life, which was well-lived and liked," Pettis said.
###