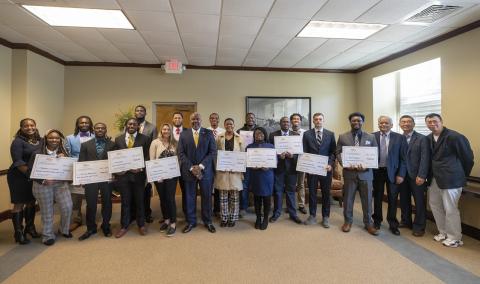 An award ceremony at Alabama State University on Dec. 6, honored six dual enrollment students and 17 ASU students who completed a new course at ASU – “App Development with Swift,” a language developed by Apple for developing Apps for the iPhone.

ASU President Dr. Quinton T. Ross Jr. awarded each of the future tech innovators a financial incentive toward the cost of an Apple device. The monetary awards are required as part of a six-month, $75,000 Apple and Thurgood Marshall College Fund (TMCF) grant, that ASU’s College of Business Administration (COBA) received in April.

Dr. Kamal Hingorani, dean of COBA, said the new course taught students with no coding abilities how to create apps with Apple’s Swift programming language. Professors then use the App Development with A Swift Certification exam to test students and their ability to code with Swift.

“All of the students took the new course for the first time in a new iMac lab in COBA,” said Hingorani.

President Ross stated that learning to write code (Swift) is essential to a student's ability to thrive in a future driven by technology.

“The new course is designed to bridge the gap between education and industry,” Ross said. “The grant gives Apple technology and training to the University, Trenholm State, and to the Montgomery Public Schools. This is the wave of the future. I’m excited about this partnership that we have with Apple, who has been a great community partner in providing opportunities for our students. Those receiving certificates today have taken the first step in building apps that bring their ideas to life.”

Jaylen Toby, a senior at Trenholm State Community College, said that he heard about the course from a fellow Trenholm classmate and he’s glad he decided to enroll in the course.

“This award means a lot,” Toby said. “I tried very hard to get where I am. I took the test about four times and my fourth time was successfully my last time. I plan to go into the industry.”

Another recipient, Roger Steele, a senior at Park Crossing High School, said the course afforded him the opportunity to be a part of the fastest-growing job sector in America.

“I’m thrilled the course provided me the tools to learn Swift coding,” Steele said.  “It helped to further my own software engineering skills and to hopefully become part of the Apple family later in my career. I’m looking for a computer software college to attend to further my skills so when I finally leave college or while I am still in college, I can join a good company like Apple" he added.

ASU senior Andrej Trajkovski, a native of Serbia who plays on the ASU tennis team, said the course he took at ASU played a critical role in helping him and other students move closer to achieving their dreams of entering the tech industry.

“This course will open doors for students to pursue what they love,” Trajkovski said. “I worked hard his semester. Dr. Hingorani asked me to teach other students. We managed to get 16 students passed and I’m proud of being able to help other students.”

One unintended outcome of the grant, Hingorani said, was the establishment of a Student Laptop Loaner Program where 13” Mackbook Pro Laptops were loaned to students for the entire semester.

“This grant has enabled us to infuse Apple technology in COBA, introduce a new CIS course that teaches students how to develop apps for the iPhone, establish a Student Laptop Loaner program, and the most important of all, develop a pathway for students from local high schools and Trenholm State Community College to enroll at ASU after they finish at their respective schools,” Hingorani said. 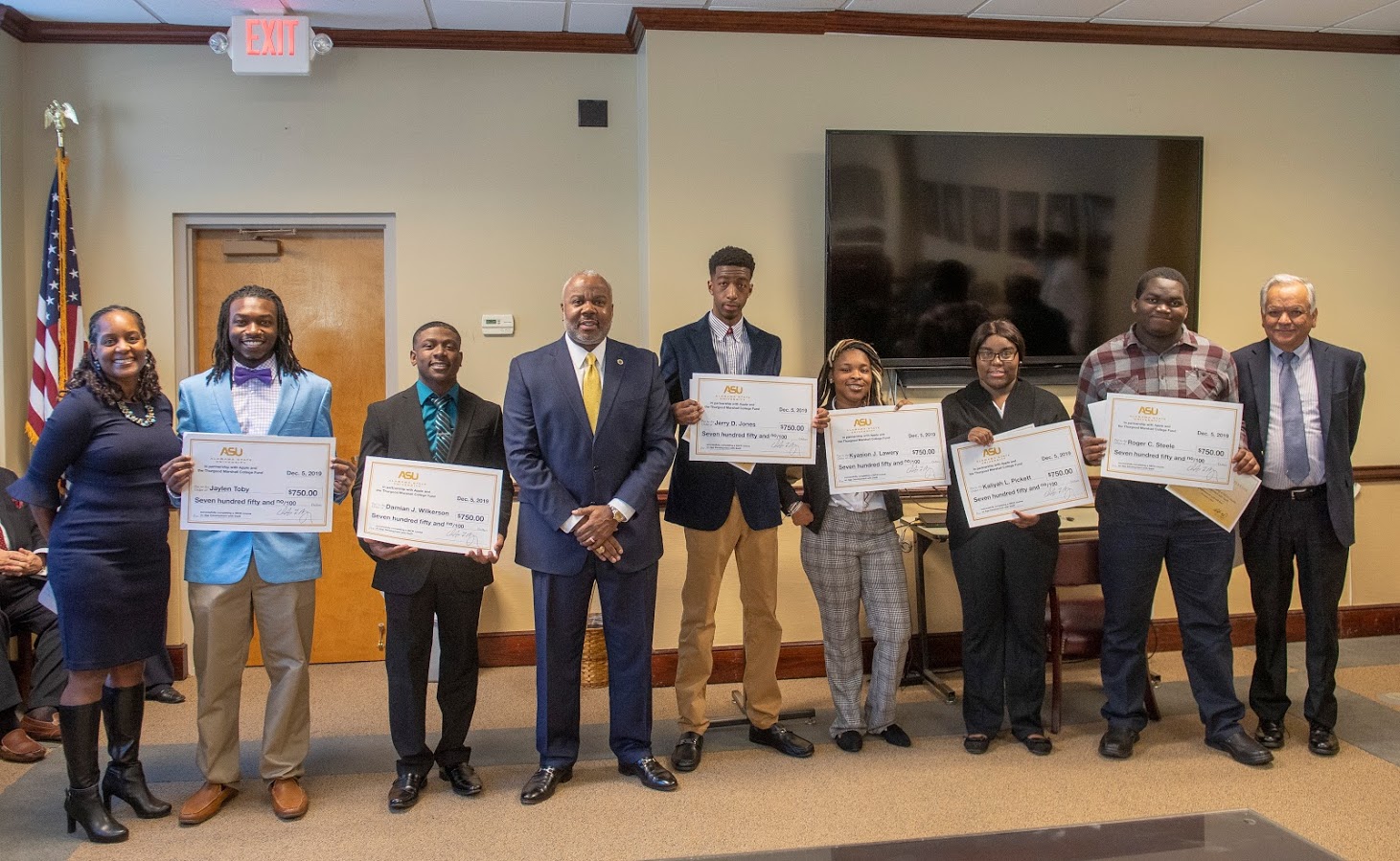