New ASU Board of Trustee Members Sworn into Office 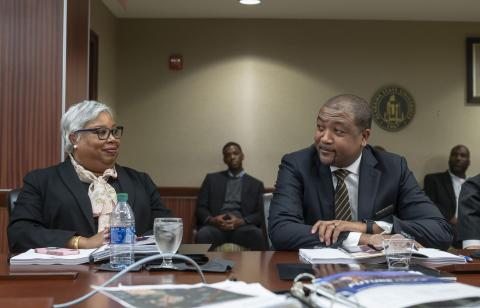 Written by Kenneth Mullinax
Alabama State University has sworn two new Board of Trustee members into office during its regularly scheduled meeting, which was held on Feb. 21, at the ASU Dunn-Oliver Acadome. The two new trustees are Delbert B. Madison of Montgomery and LaRaunce A. Fleming, of Huntsville.
ABOUT TRUSTEE MADISON 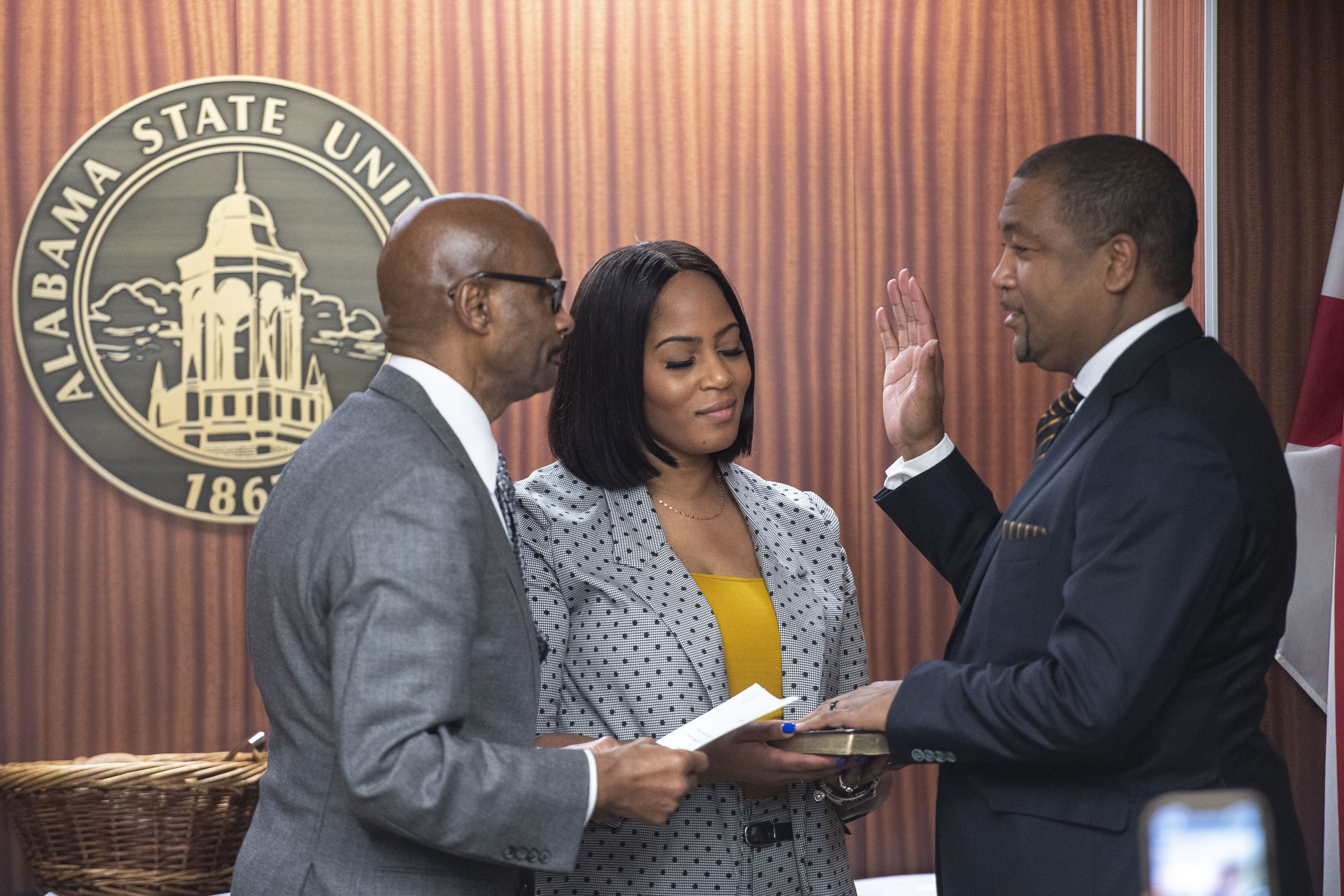 Madison is a native of Montgomery and he serves as a senior vice president with ServisFirst Bank in its cash management department. He is a 1993 graduate of The Alabama State University, and he majored in Marketing. While at the University, he was a stand-out student who was on the Dean's - List at ASU's College of Business Administration and a student representative to the SWAC Athletic Conference for collegiate basketball.
"ASU is my life and without the education that I received here, I wouldn't be where I am today, which is working for an incredible bank," Madison said. "As a member of ASU's Board, my number one goal is to be a servant leader for ASU, as well as a person who makes a difference for the University."
Madison is married to Deanna Banks Madison and he has two children, Delbert II and Damien.
TRUSTEE FLEMING'S BACKGROUND 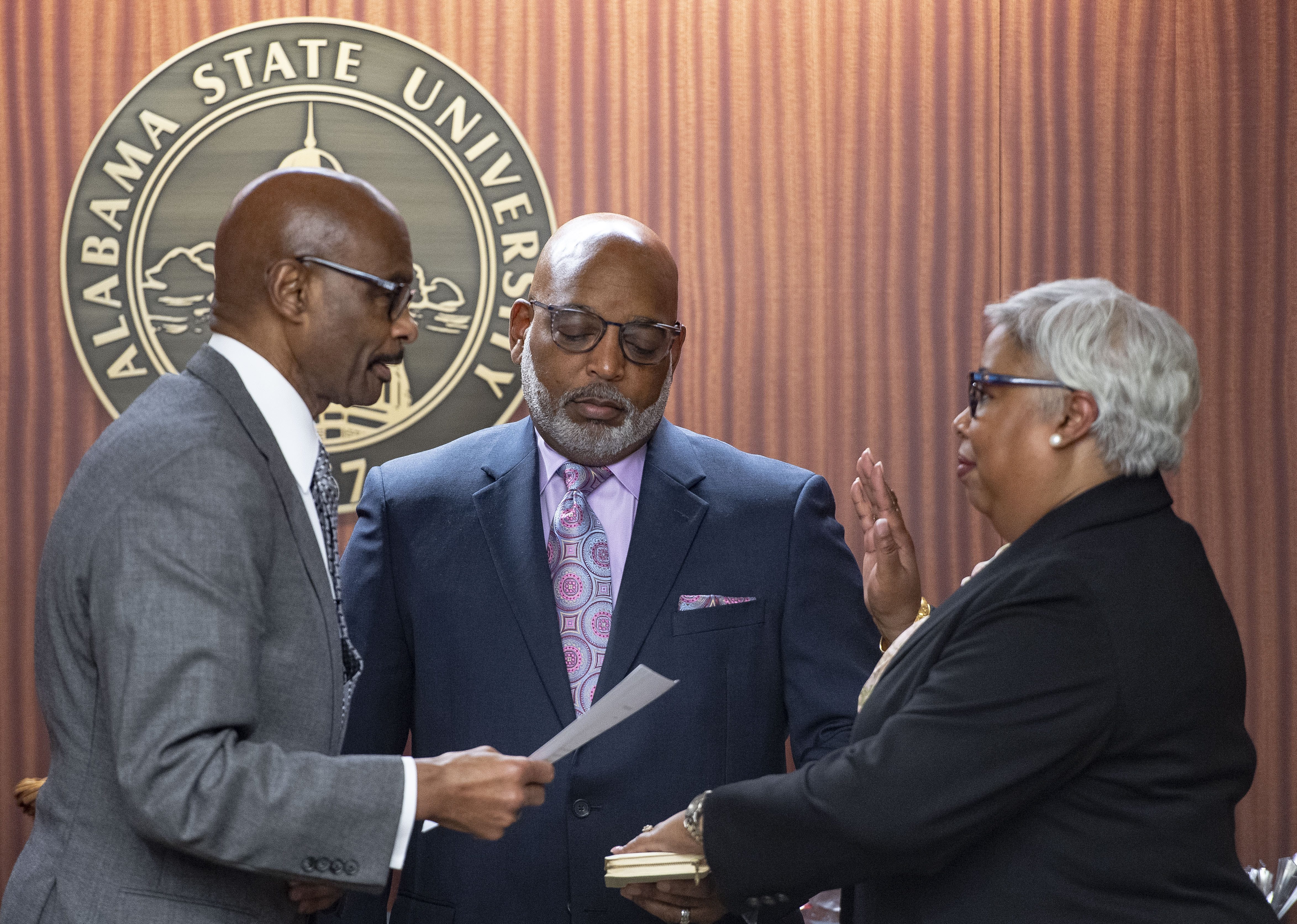 Fleming is a resident of Huntsville and she is a native of Richmond, Va. She is an international protocol expert and consultant, who owns her own business 'Etiquette Boutique,' which serves both business and government alike. Before she began her own business, she was with NASA. She graduated from Fayetteville State University in NC, where she majored in Criminal Justice.
She stated that she is a huge proponent and supporter of historically black colleges and universities (HBCU's).
"I am a big believer in the importance that HBCU's play in the higher education of our nation's youth," Fleming said. "I feel that the most important thing about ASU is our students. I will do my best on its Board of Trustees to work for their behalf so they may do well at ASU and excel in life," Fleming said.
She is married to Michael Fleming and she has a daughter, Sienna.
News media contact: Kenneth Mullinax, 334-229-4104.