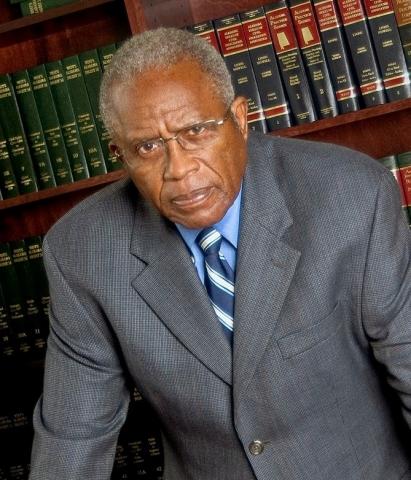 Alabama Humanities Foundation will honor Fred Gray, attorney and nationally recognized civil rights activist, as one of four fellows inducted into its 2019 class at The Colloquium, set for Oct. 7 at Birmingham’s The Club.

To be honored are four individuals with Alabama ties who have made significant contributions in the humanities in their lives and careers: Marquita Davis, Ph.D., deputy director, Early Learning, Pacific Northwest for the Bill & Melinda Gates Foundation; Gray; Howell Raines, retired executive editor of the New York Times; and Jody Singer, director of NASA’s Marshall Space Flight Center in Huntsville.

“This is our third year of The Colloquium, and each year brings us new inspiration as we hear from such distinguished people who have had such an impact, not just in our state but around the world,” said AHF Executive Director Armand DeKeyser. “To think that they all have Alabama ties makes us proud and makes this event so special.”

All four fellows will be featured in a live conversation moderated by National Public Radio’s Michel Martin. They will be talking about their lives, their careers and the role humanities have played in shaping their perspectives. Martin is host of NPR’s “All Things Considered,” and this will be her second time moderating the annual event.

Nancy Grisham Anderson of Montgomery and Guin Robinson of Birmingham are honorary co-chairs for the annual event.

Gray’s legal career has spanned more than 60 years. As a young lawyer in the 1950’s segregated South, he represented Rosa Parks, who was arrested because she refused to give up her seat on a bus to a white man, igniting the Montgomery Bus Boycott (City of Montgomery v. Rosa Parks). He was Dr. Martin Luther King, Jr.’s first civil rights attorney.

Civil rights cases he won may be found in most constitutional law textbooks. They include decisions that led to: integrating buses in the City of Montgomery in 1956; returning African Americans to the city limits of Tuskegee, opening the door for redistricting and reapportioning and laying the foundation for the ‘one man one vote’ concept; enabling the NAACP to resume its business operations in Alabama after being outlawed; reinstating students expelled from Alabama State College unconstitutionally; protecting and preserving rights of those involved in the Tuskegee Syphilis Study; allowing African Americans to serve on civil juries; integrating all state institutions of higher learning; and ordering Governor George Wallace and the State of Alabama to protect marchers walking from Selma to Montgomery for the right to vote. The march eventually led to the passage of the Voting Rights Act of 1965.

Gray graduated from Alabama State University in Montgomery and Case Western Reserve University School of Law in Cleveland, Ohio. He returned to his native Alabama to practice law in a state that denied him the right to attend law school.

He was one of the first African Americans to serve in the Alabama Legislature and the first person of color elected president of the Alabama Bar Association. He lives in Tuskegee and is senior partner in the law firm of Gray, Gray & Nathanson, P.C.

Gray serves or has served on the board of trustees for Case Western Reserve University, Faulkner University and the Alabama Department of Archives and History. He is a fellow of the American College of Trial Lawyers and the International Society of Barristers.

The Colloquium opens at 11 a.m., followed by a luncheon at 11:30 a.m. and the program at noon. More information, tickets, tables and sponsorships are available at https://www.alabamahumanities.org/alabama-colloquium/.

About the Alabama Humanities Foundation

Alabama Humanities Foundation mission is to foster learning, understanding and appreciation of our people, communities and cultures. As the independent, state partner of the National Endowment for the Humanities, the AHF supports and offers programs that will enhance the minds and enrich the lives of Alabamians.