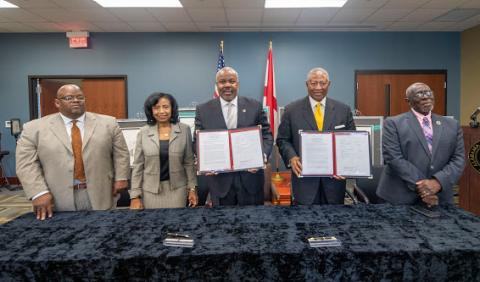 Everyone has heard of Dr. Martin Luther King Jr. and Rosa Parks, who are household names for their involvement in the civil rights movement of the ’60s. But have you heard of Selma’s “Courageous Eight?”

These unsung heroes didn’t get the recognition as other historic figures, but they were instrumental in the fight for equal rights for African-Americans.

The “Eight” are finally getting the recognition and platform that they deserve, which is thanks to a Memorandum of Understanding (MOU) that was signed on Oct. 16 between Alabama State University and the Courageous Free Thinkers Committee of the Selma-Dallas County Friends of the Selma to Montgomery National Historic Trail Association.

Their stories of sacrifices and efforts during the Civil Right Movement are preserved in an artistic traveling exhibit that bears its name.

“Today we are honored to sign this agreement to ensure that the history is told about these individuals who set at the forefront to ensure all were free to participate not only in government but in the American way,” Ross said.  “We see our institution, which I consider the epicenter of the Civil Rights Movement, a part of the continuation of telling the story of how we gained our rights, and how we fought our way into being a part of a system that was closed to many blacks.”

“The traveling art exhibition gives praise to Selma’s ‘Courageous Eight’ who made a difference when it was dangerous to do so,” said Ross.  “One such ‘Courageous Eight’ member was Rev. F.D. Reese, who was a graduate from Alabama State University.”

ASU will house and exhibit eight framed pencil portraits, sketched by Montgomery artist Phyllis Parks, as part of its forum and series of celebrations relating to the Voting Rights history in Alabama. After its premiere at ASU, the exhibition will travel nationally to colleges and Historically Black Colleges and Universities before returning to ASU.

“I’m excited that we now have the opportunity to share this story nationally and possibly internationally,” said Perkins, pastor of Selma's Ebenezer Missionary Baptist Church where the leader of the “Courageous Eight," Rev. Reese, served as its pastor for 50 years. “These portraits are actually the cornerstone of a strategy to carry the history of the 'Courageous Eight' on the road to be displayed as an art exhibit throughout the country. We will develop a history and develop stories around all eight of these individuals and from there carry the stories abroad. We must tell this story; we must keep this history alive.”

Families of the "Courageous Eight" received original copies of the sketches.

Franklin said the library is elated to preserve and exhibit these historic works of art.

“We are honored to receive this collection and participate in this collaboration that is in keeping with our mission to serve as a research center and a repository for the study of civil rights and African-American culture,” Franklin said. “These portraits will distinguish our archive collections on voting rights history.”

The chairman of the Friends of the Selma to Montgomery National Historic Trail Association, Charles Johnson, said he adopted this responsibility from Reese, the original chair.

“Rev. Reese served as my pastor shortly after I came back from the military until his death. Rev. Reese was larger than life. He is a person that I had the opportunity to work with. In fact, Pastor Perkins and I both worked from the very beginning of this process and formed the Friends group with Rev. Reese,” Johnson said. “I’ve had the opportunity to know and interact with all eight of these individuals.”

Robinson said the “Eight” played important roles in the 1965 Selma to Montgomery March, which historians say led to the enactment of the 1965 Voting Rights Act by the U.S. Congress.

“They endured violence and vicious beatings, but their persistence, passion and strong beliefs led to the passage of the Voting Rights Act,” Robinson said. “These images in the exhibit reflect a group of individuals who stepped in at a critical time in the development of the modern voting rights movement.”

“Though they may have marched their last march, their bravery and sacrifice during this moment in time is honored in this exhibit that bears their name,” Perkins said.

According to Ross, the photographs of an older generation should strike a chord among today’s generation.

“The exhibit is to document the voting rights struggles for future generations,” Ross said. “Art can be a bridge, connecting new audiences today with these courageous foot soldiers of the past.”

Ross said he used the signing today to teach his 10-year-old son about The Selma to Montgomery March and F.D. Reese.

“This exhibit can be used as a teachable moment. We have to use this opportunity to teach our students and people across the country to understand the connection,” Ross said.  “Many of these individuals are unsung heroes that have contributed to the success of African-Americans not only here in the state of Alabama but across this great nation.” 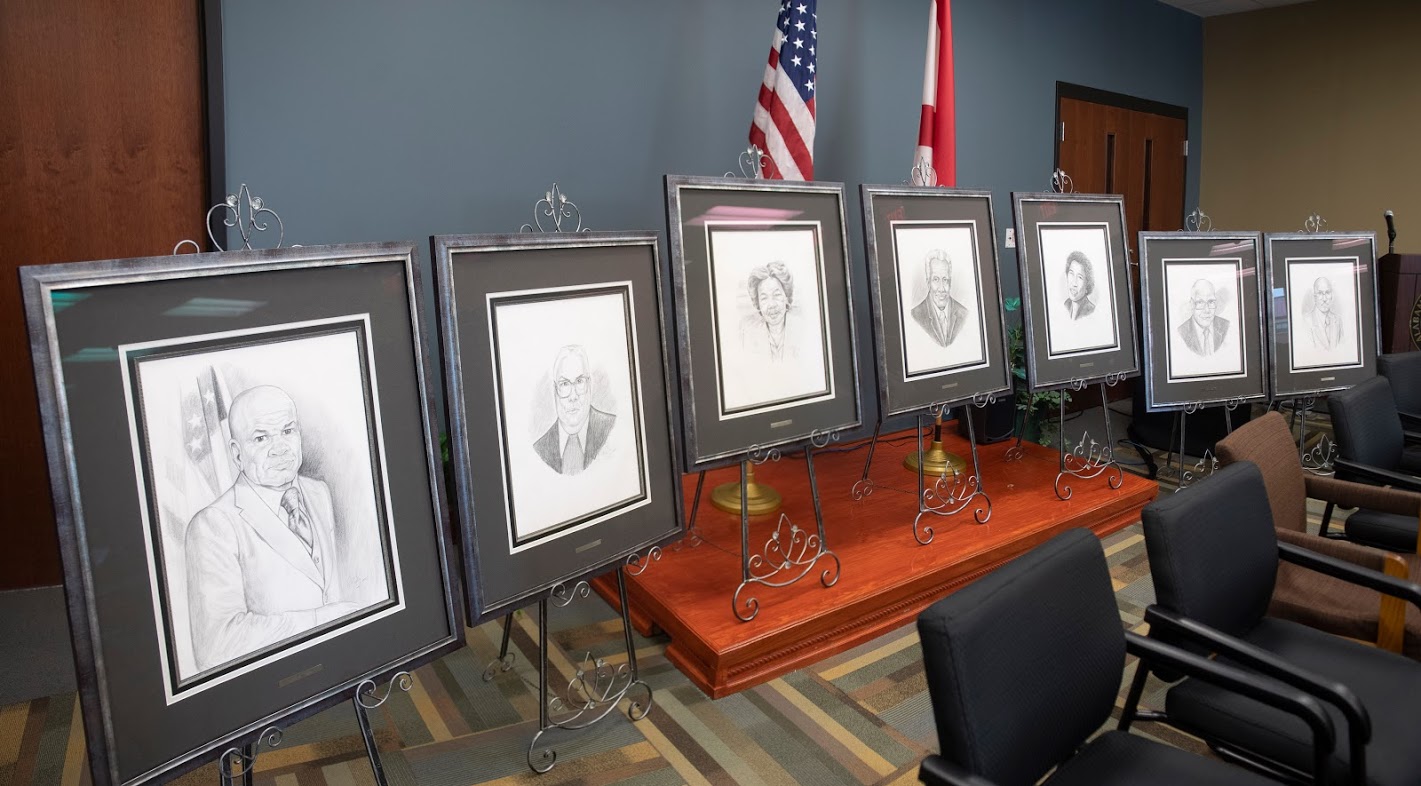 More about the “Eight”

The Courageous Eight stemmed from a group of activists in Selma called the Dallas County Voting League.

During the Selma Civil Rights Struggle/Voting Rights Struggle, a court injunction was issued in the summer of 1964 prohibiting “three or more negroes” from meeting in Selma or Dallas County to discuss civil rights and/or voting rights.

The “Courageous Eight” continued to meet in spite of the likely consequences from the court. They also risked death from their voting rights initiatives. In fact, it was Reese serving as the president of the Dallas County Voter's League who sent a letter inviting Dr. King and the Southern Christian Leadership Conference to come to Selma in the 1960s to help its local voting rights movement, which was led by the "Courageous Eight."

“The tenacity of these eight individuals who confronted federal authority, confronted local/county authority and confronted city authority to do what they thought was right, I think, resonates through time and allows us today to recognize and pay homage to their tenacity,” Robinson said.

The “Eight” came from diverse professionals. Reese was a teacher and pastor; Blackmon was a teacher at a Lutheran School; Boynton was a retired U.S. Government employee who owned an insurance agency; Doyle was a noted interior decorator; Foster was a dental assistant; Gildersleeve was principal of a Lutheran School; Hunter was a minister and insurance agent; and Shannon was a minister and barber.

Ross noted that these ordinary people had the courage to answer the call to fight for voting rights.

“Their decades of work helped change the face of history,” Ross said. “They showed up on the battlefield for justice. Their words and actions continue to inspire our work as we fight for a better and equal world for all people."