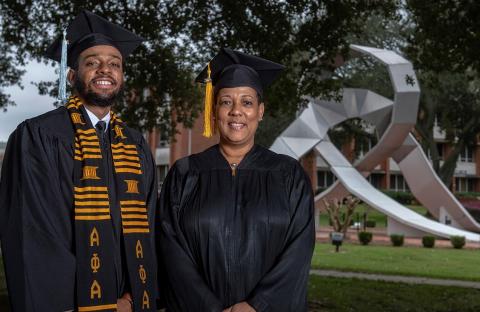 Mother and Son BOTH  to Graduate from ASU the Same Weekend!

- Lauren & Courtney Salter graduate in the Class of 2020; one in the spring class & one in the fall.

For most parents, commencement is a time to watch proudly as their children walk across the stage to receive their degrees. For Lauren Salter, the experience will be quite different. As the mother of Courtney, she will actually walk across the stage to receive her diploma during the same graduation weekend ceremonies that her son receives his diploma.

For Lauren, November 20, 2020, has added significance since it is the day that she will also celebrate her 55th birthday.

“I couldn’t have asked for a more incredible birthday gift than to graduate on the same weekend with my son Courtney from the greatest school ever,The Alabama State University,” Lauren said with excitement.

The mother and son are both natives of Montgomery. Lauren will graduate with a degree in interdisciplinary studies, while Courtney’s degree is in finance.

HOW DID IT HAPPEN?

Both the spring and fall graduations at ASU are occurring on the same weekend this year because the spring commencement exercise was postponed in May because of the COVID-19 pandemic. To fulfill the University's promise that its spring graduates may walk in-person to receive their diplomas, the University is hosting both the spring and fall ceremonies on the same weekend beginning Nov. 20 - Nov. 22. It will be held in the ASU Football Stadium to best comply with coronavirus pandemic safety protocols with all events mask-mandatory and ticketed.

Sharing a graduation celebration on the same weekend was unforeseen. The Salters chose ASU at separate times without anticipating that they would receive their undergraduate degrees during the same graduation weekend, but providence prevailed.

Their choice of ASU was deliberate and was part of a family tradition. As Lauren puts it, “Our blood runs black and gold for ASU.”

“Both my mother Olivia Anderson Johnson and my Aunt Valeria Lewis graduated from the University, as did other family members, including Courtney’s father, Kim Salter,” Lauren said.

Lauren is a 1984 graduate of Robert E. Lee High School. She initially went to Auburn University Montgomery (AUM) in the fall of 1984, but left there to embark upon a course of studies at Trenholm State Technical College.

Courtney graduated from Brewbaker Technical Magnet School in 2016 and immediately entered his freshman year at ASU. 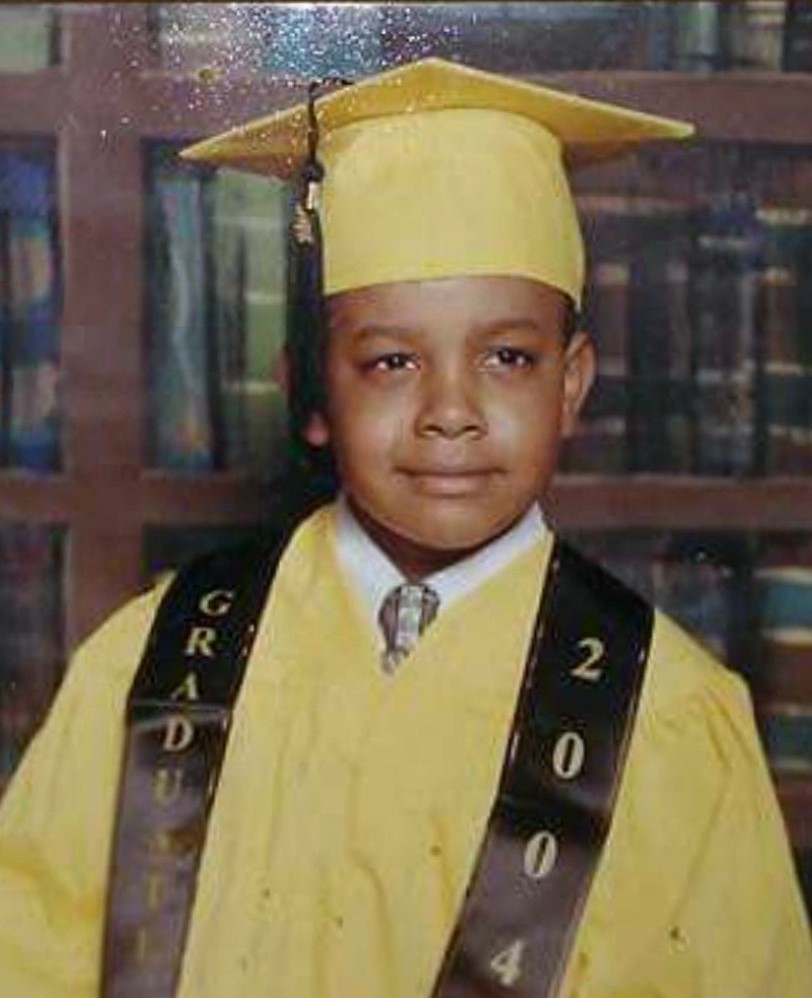 “I was born with a love for Alabama State University, not only because I had so many family members who attended here, but I was physically here on campus during my early formative years at all kinds of special events; not to mention that I attended ASU’s Zelia Stephens Early Childhood Learning Center from kindergarten through my third-grade year,” Courtney said.

When her son began attending the University, Lauren said she was inspired to go back to school and complete an undergraduate degree.

“A light bulb literally went off in my brain when my son entered school here, and I decided then and there to also enroll and graduate from ASU."

ASU AND ITS POSITIVE IMPACT ON BOTH

Both Lauren and Courtney said they are so happy they attended school at Alabama State University because of the warmth and love they felt from ASU's faculty and staff and because of its excellent curriculum.

“The things that I have learned as a student in COBA (ASU’s College of Business Administration) from Dean Kamal Hingorani and his faculty have taught me the life and career skills to be both a good and a successful employee anywhere,” Courtney said.

His mother echoed many of her son’s sentiments and thanked Dr. Parichart Thornton for helping her develop her "educational wings" that she will use to pursue her desire to become a teacher with hopes of one day joining the faculty at Trenholm State.

“In addition to earning a college degree, ASU has helped me with a sense of pride, confidence and a hope for a better future,” Lauren said.

“All of that aside, graduating from college on my birthday with my son also graduating on the same weekend is the second best thing to ever happen to me...the first one being having given birth to him.”