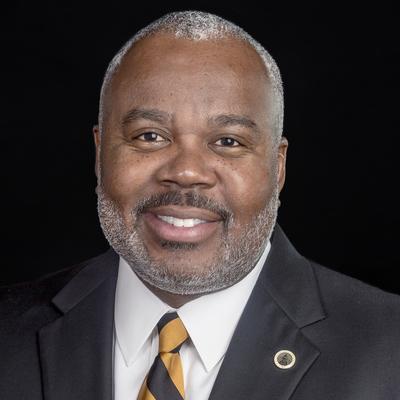 What do we tell our children, our students?
- Expressions from Alabama State University President, Dr. Quinton T. Ross Jr., on recent national events surrounding the death of George Floyd.

"For the past few days, I, like many others have been viewing through the lens of the media, the reaction of our country to the deplorable and senseless death of yet another defenseless black person at the hands of a white police officer, a tragic mockery to the truth that Black Lives Matter. Similar to other Americans, I am overcome with a range of emotions.

As the father of two sons and as a black man myself, I can assure you that I am furious and deeply saddened by the death of George Floyd, as I am by every senseless killing of black males and females in America. It could have been either of my sons, my brothers, my nephews or nieces, my friends or even one of my students who lay on the ground, pleading for mercy on that horrific day.

Looking into the eyes of my 11-year-old son and trying to help him comprehend what happened and what is happening in our nation, I am cognizant of the fact that I am old enough only to have read about the many civil rights protests and nonviolent demonstrations that have afforded me the opportunities that I have enjoyed during my lifetime.  While I was not an eyewitness to the protests, I do try to paint a picture for my son, drawing from my exposure to many civil rights icons and their recounting of historic events of the past, such as the Montgomery Bus Boycott, the march from Selma to Montgomery, the brutality of law enforcement officers such as Bull Connor and the story of Ruby Bridges. I am emotionally distraught about the stark parallel of our nation’s present state of affairs and our nation’s historical past.

I have been giving thought to this national crisis, especially as it relates to Alabama State University’s rich history and her overwhelming contributions to the advancement of civil rights in the nation.  I am one of thousands of students who have matriculated and emerged from ASU with purpose and a true understanding of social justice and responsibility. At ASU, we learned the importance and the power of the vote.  The call to public service and advocacy was ingrained in our DNA by O’ Mother Dear.

While I attempt to give some sensible explanation to the most recent senseless acts of brutality, I have reflected on my first real encounter with the reality of racist police violence against blacks in America.  It was the spring of 1991, just prior to my senior year in college, and I had just been elected President of the Student Government Association. This was the time that our nation witnessed Rodney King being brutally beaten by Los Angeles law enforcement officers after he led them on a high-speed chase.  I remember asking myself, “Is this what would happen to me as a black man if I found myself in a similar situation with authorities?”  I vividly recall how the nation erupted into protests because of Rodney King’s mistreatment, just like the protests that have erupted nationally because of the senseless death of George Floyd and others. Each incident is similar to the protests that happened across this nation in the 1960s due to social injustice.  As a young student, I was confused and enraged by what I witnessed. I remember the rumbling of unrest within our student body regarding Rodney King. We were all ready to act on our anger and frustration by taking to the streets of Montgomery to let our voices be heard.  Word of our intentions reached our President, the late Dr. C. C. Baker, who later became one of my mentors. My SGA leadership team and I were summoned to Dr. Baker’s office, and it was there that I learned what social protesting was really all about. It is not about the destruction of property, looting or acting disorderly; it is about banding together peacefully with a common goal, with a purpose and a plan for change.  During the meeting, we discussed our desire to be heard and our passion for change, and emerged with a plan for a peaceful protest on the campus that historically has been a beacon for change—our home, our haven—Alabama State University.  This focusing event allowed me to lead my first press conference. It would be the first time I had ever spoken in front of news cameras. Every news outlet in the city was on campus that day as students gathered with community stakeholders in great numbers. I led the protest with a speech. Students and local elected officials were also able to have their voices heard as the media captured our impassioned sentiments and broadcast the event.  I share this personal experience not only to highlight the importance of Historically Black Colleges and Universities (HBCUs) in providing a platform for change, but also to emphasize the need to protest peacefully and with a purpose.

With this in mind, we struggle with the question, “What should we tell our students?” The answer that I offer you is the same that I give to my sons. I ask that you find ways to protest peacefully, including exercising your personal responsibility to register to vote and then go vote, and committing yourself to continuing your education so that you are prepared to emerge as this nation’s next generation of leaders. I ask that you resist the temptation to channel your anger into destruction; instead, channel your energy into the very thing that disturbs and disrupts those who would oppress you: Education.

Our nonviolent stand proved successful in the past, and I believe it could be the catalyst for real and impactful change today. Let peace be at the core of all of our actions.

While it seems as though remaining calm in the midst of a racist storm is a signal to be disrespected, disregarded and endangered, remember the lives that were lost to get us to this day. Remember the examples of those who were brutally beaten and rose up from that brutality to walk the halls of congress, to become mayors, governors, state legislators and community leaders. They are the ones upon whose shoulders we stand. Their sacrifices have afforded us the opportunity to stand and take up the mantle of peace, justice and equality for all.

Stay in the fight against injustice my children and my students, with peace, purpose and a plan that saves us from self-destruction and allows us all to “breathe” freely."