Me Too Founder Brings HBCU Anti-Violence Tour to ASU 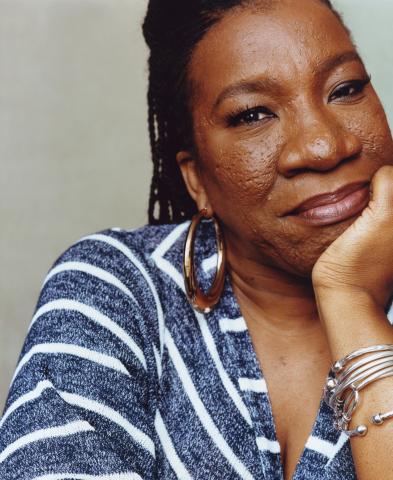 The founder of the "#Me Too" movement, Tarana Burke, brought her HBCU Me Too anti-sexual violence tour to Alabama State University on Friday (April 12). The tour was complete with a full day of events geared toward students, faculty, staff and administrators who wanted to engage in the movement.

Burke and the founder of "#ProfessionalBlackGirl" web series, Yaba Blay, paired up to facilitate the day’s sessions, which consisted of panel discussions and a fireside chat featuring special guests. The fireside chat was open to the broader public and all other events were only open to the ASU family.

The tour’s mission is to promote Sexual Assault Awareness Month (SAAM) and to further help keep safe and accountable communities for students, faculty and administrators.

“This has been a vision of mine for many years,” Burke said. “Every year during April, which is Sexual Assault Awareness Month, college campuses around the country turn their focus toward dealing with sexual violence, but very little activity happens on HBCU campuses during Sexual Assault Awareness Month. We don’t necessarily have the same kind of response at HBCUs for a variety of reasons. So I thought it was important, because we have this visibility as a movement, to make sure that HBCUs get the same kind of attention and resources that other people and other institutions get at this time.”

The New York native said she spoke at more than 70 schools in 2018 and only two HBCUs and she “wanted to change that.”

“It’s important that everybody knows and definitely HBCUs know they are centered in the work around the #MeToo movement,” Burke said.

Part of Burke’s motivation for the tour came from a staggering statistic: One in five female students at Historically Black Colleges & Universities (HBCUs) will experience some form of sexual assault. She said that this rate is comparable to all other non-HBCUs colleges and universities.

“We have partnered with some of the country’s finest Historically Black Colleges & Universities to have real conversations about sexual assault and consent on campus. The tour provides a space for HBCU students to talk, vent, strategize and heal,” Burke said.

Davida Haywood, vice president of ASU's Student Affairs department, said that by Burke bringing her tour to the University speaks volumes about ASU and where it is positioned in this important conversation.

“Ms. Burke is a former ASU student. She selected ASU as one of five start-of-the-leg HBCUs. Her tour is a very serious and honest conversation about how we can eradicate sexual violence on our campuses and abroad,” Haywood said.

“We often avoid having discussions about safety as it relates to sexual assault and the health of our young people,” Davis-Maye said. “To have someone to be able to directly address it and engage our students is powerful.  So we are excited to have her and Dr. Blay here to have this discussion about how black women and men are impacted.”

Burke started the national #MeToo movement in 2006 in Alabama. Now 13 years later, the hashtag that represents the social cause she started over a decade ago went viral in 2017. Actress Alyssa Milano and other stars amplified the #MeToo movement when sexual harassment allegations were brought against Harvey Weinstein.

During her travels, Burke said that she has discovered that women are expressing themselves and speaking out more.

“I hear from everybody. It’s definitely not just about women. Survivors, or how they identify, are always talking about how it is a freeing moment when they finally can take the lid off the shame they have been holding,” Burke said. “What Me Too does in a lot of ways is to provide cover to talk about, to deal with the trauma of sexual violence under some protection. Prior to now, it was very difficult to talk about these things in public, and the people response to it was also difficult. So now we have this process that allows us to give people hope and give different responses and give them the space to heal."

Burke told the audience there are some misconceptions about the #MeToo movement.

“I think one of the worst misconceptions is that this is just about women and its women vs. men,” Burke said.  “That’s absolutely not what our work is about. It is about making sure survivors have the resources they need to heal. And all of us collectively are doing the work to end sexual violence. This goes beyond gender."

Burke said for those who want to get involved in the movement, “it’s not hard.”

“Find out who is doing the work locally and volunteer, lend your time, lend your voice and lend your money,” Burke said.

In Montgomery, people can volunteer at the Sunshine Center.

“I know there are not a lot of resources (in Montgomery). But there are established places like the Sunshine Center,” Burke said. “But they need support. They can’t do that work by themselves. So I want to come back to places where I was supported, especially now that I have this visibility to lend some support back.”

Burke emphasized that there’s no timetable when it comes to recovering from sexual violence, but there is a way to show continued support.

Next, the tour will journey to North Carolina Central University and Florida A&M University. The tour’s first stop was at Howard University.