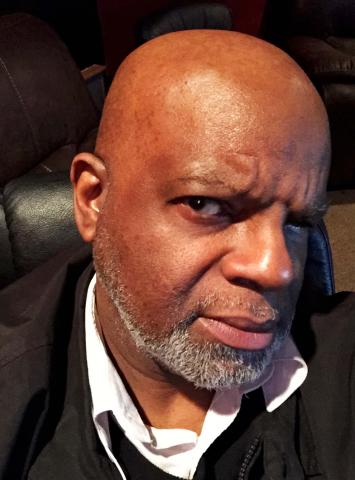 Alabama State University alumnus and composer, Dr. Gregory McPherson, was honored as a “living legend” for his work and passion  for gospel music.

“I understand it’s a very prestigious award and its very humbling. It serves as a constant reminder of how many eyes are on you. I received unanimous votes from a lot of people across the country when they did the poll. I’m forever humbled because I know a countless number of people I believe are just as deserving. We have folks right there at Alabama State University and people who have come through ASU that I know firsthand who are so prolific and extremely talented,” said McPherson, who has been the director of choral music, professor and resident artist composer at Wiley College since 2019.

McPherson, who was born and raised in Atmore, Alabama,  said his passion for music started at an early age. “I’ve been touring since I was 11, producing records since I was 14 and started writing music for my high school band when I was 12. I also wrote music for ASU band and Jazz Ensemble.”

During his career, he has received numerous awards, citations and laureates for his many contributions in various areas of his expertise and work in education and music.  He  has worked with some of the top names in musical genres ranging from jazz and pop to gospel and musical theatre.

“For years, I have been privileged to work with a lot of Gospel artists and people across the whole spectrum. I go way back in Gospel music when I used to play for Pastor Andrae Crouch,” he said.

He also worked as lead and associate producer on several production teams for recordings that have spawned several Grammy’s, Oscars, NAACP  Image Awards, American Music Awards, Emmys, Billboard Music Awards, Grammy Legends Awards and Soul Train Music Awards.   He has produced records for CBS, RCA, Quincy Jones, Motown, Warner Brothers and Disney, to name a few. And he has been a ghostwriter, orchestrator, arranger and composer for  PBS, Sony Pictures, SPLC, ABC-Disney and Columbia-TriStar.  Many of his classical works have been performed by several orchestras and chamber groups.

McPherson has a BFA from  Alabama State University and a Master of Music from the University of South Florida, with additional studies at Harvard University. He is the recipient of three honorary doctoral degrees.

Outside of his work, McPherson is the founder and executive director of Greg McPherson Global, an all-arts-led research initiative that focuses on the integration and convergence of emerging technologies in music, entertainment, education, community engagement and philanthropic collaboratives globally.

“I do a lot of humanitarian work. I still have my relationship with Emory University School of Medicine.   We do something called the Global Health Humanitarian Summit, I also have two NGOs  (Non-Governmental Organization)  -- one in Uganda and another in Ghana,” he added.  “My company Global gives me the opportunity to do a lot of my humanitarian work,” McPherson said.

He noted he received the Marion Anderson Humanitarian Award for his humanitarian work.

For all his accomplishments, McPherson says he gives thanks to Alabama State University.

“I’m always proud to represent Alabama State University. I got a lot of encouragement to attend ASU and I’m  so glad I did,” he said.  “Two professors, Mrs. Lyle and professor Free,  there solidified my talents as a young composer. They showed a lot of love to me.”