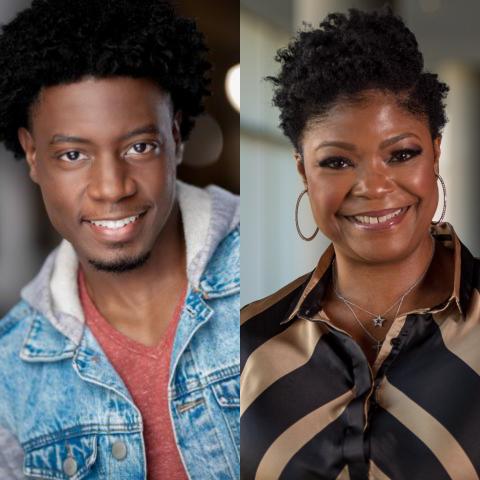 Disney and Broadway fans get ready to rock!

The award-winning Broadway cast of two of the most beloved Disney Theatrical Productions  -- The Lion King and Aladdin -- are making their long-awaited return together for a  showstopper performance on ABC’s The Queen Family Singalong on Thursday, Nov. 4, at 7 p.m. CST.

The music of Brit rockers Queen headlines the one-hour special, which features Alabama State University alumni and stars of Broadway’s The Lion King --  Bonita Hamilton-Caesar (Shenzi)  and Brandon McCall (Simba). They will combine their talents with Aladdin cast members to perform an awe-inspiring rendition of one of the band’s biggest hits: “Don’t Stop Me Now.” Other performers singing the hit song include Milo Alosi, Tia Altinay, Lissa DeGuzman, Mduduzi Madela,  Michael James Scott and Adrienne Walker.

The special is also billed as a celebration that Broadway is back.

“The producers thought it would be a great idea to join both casts since Broadway has reopened,” said Hamilton-Caesar. “We call each other Disney Cousins. Getting  together to pay tribute to such an iconic group is such an honor.”

Hosted by Glee‘s Darren Criss, the special (the fourth in the Singalong franchise) will take viewers on a journey through Queen’s catalog of tunes. Adam Lambert (who has toured extensively with the band since 2011) will perform “The Show Must Go On,” a cut from the band’s 1991 record, Innuendo. Other performers include Derek Hough featuring Alexander Jean, Fall Out Boy, Jimmie Allen featuring Miss Piggy, JoJo Siwa and Orianthi, OneRepublic, and Pentatonix.

Hamilton-Caesar described being back on stage in one word – exhilarating. “Eighteen months is a very long time for the lights to be dark on Broadway.  It’s the longest period of time that it has ever happened in the history of Broadway. So, the rebirth of Broadway has been one for the history books.”

Since Broadway’s reopening, the stars said that The Lion King has been sold out every night. “It’s electrifying. Audiences leap to their feet …It’s wonderful,” Hamilton-Caesar said

McCall, who is in his first Broadway season as “Simba,” said it feels wonderful to get back to doing what he loves.

“It’s the thing that helps me support my family. More importantly, it is the thing that I get to use to change the world, to change lives. I’m grateful and blessed enough that I was chosen to perform this song by the production team of the Disney Theatrical group,” McCall said.

What’s at the top of McCall’s bucket list is having his daughters and family watch him perform.  “It means a lot to me that my daughters can get a glimpse of what I have worked so hard to accomplish. I like to be an example to them, to show them that they can do whatever they put their minds to. That’s my highlight.”

Both stars give love and credit to ASU for their successes.

“O’ Mother Dear poured a lot into me and it’s only right that I pour back into her,” McCall said.

Hamilton-Caesar said none of her success would be possible without the foundation she received at ASU. “Without the things that I learned in the Leila Barlow Theatre under the direction of Dr. Tommie Stewart, none of this would be possible. I didn’t have the vision for this but she had the vision that I would be able to achieve these milestones. The trajectory of my life changed at Alabama State because I wanted to be an Oprah Winfrey.  Dr. Stewart asked me to try out for a play and that’s when I got bitten by the bug. She encouraged me to go on to graduate school. My roots are there at O’ Mother Dear.”