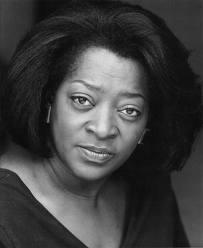 William Shakespeare wrote that "All the world’s a stage," and because of Dr. Tommie "Tonea" Stewart, Alabama State University has been “center stage” nationwide for nearly three decades. Under her leadership, ASU’s College of Visual and Performing Arts (COVPA) has evolved into one of the most respected programs in the country.

Stewart, who began her employment at ASU in 1990 and rose to be the dean of the COVPA in 2010, has announced her retirement effective June 1.

After a 48-year career as an educator (with almost three decades at ASU), Stewart said she desires to retire after the end of the 2019 spring term to have more time to devote to her family and to concentrate more on her acclaimed acting career. Stewart's film and television career has already propelled her to national prominence with many memorable roles to her credit, including the Hollywood films “Mississippi Burning,” “A Time to Kill,” “The Rosa Parks Story,” and “Mississippi Damned.” She may still be best known for her recurring role of Miss Etta Kibbee in the long-running television series “In the Heat of the Night.” Most recently, she appeared in the hit film, “Girls Trip” and in the Netflix original movie “Come Sunday.”

“To everything there is a season, and I know that it is now my season to close one chapter of my life and to open-up others,” Stewart said.

"I am ready to enjoy my family, my children and my grandchildren. They are all awesome, and they have shared me with others all of their lives. I love my family more than words can express...while I can, it is my desire to help them to reach their goals as they have allowed me to reach mine," Stewart added.

At ASU, Stewart has served not only as the dean of the College of Visual and Performing Arts, but also as a tenured professor, as the chair of the Theater Department and as a visible and beloved ambassador of Alabama State University.

"Dean Stewart will be greatly missed by everyone at Alabama State University. We are grateful for her leadership in the College of Visual and Performing Arts and for her dedication to her students. We certainly wish her well, but she will always be a valued member of the ASU family," said ASU President, Dr. Quinton T. Ross, Jr.

Lois Jackson has served as Dr. Stewart’s executive assistant for many years. She said that Stewart leaves as her legacy one of the most recognizable and successful theater and visual arts programs in the nation. Under Stewart's leadership, COVPA students have consistently won state, regional and national awards and recognition.

"Under Dean Stewart's leadership, ASU has become known nationwide for its innovative and successful programs in visual and performing arts, which makes stars out of her students at Alabama State University," Jackson said.

During her tenure, more than 40 ASU graduates have gone on to earn Master of Fine Arts degrees in Theatre Arts at institutions such as Yale, Brandeis University and New York University. Several COVPA alumni are currently on Broadway or have starred in Broadway shows, as well as in major television shows and movies.

Jackson went on to state that Stewart’s other "crowning achievement" while at ASU is the summer arts youth camps, which have been held every summer for 28 years at the University. "Each summer, youth come from all over the country to participate in intensive arts, music and dance training from Dr. Stewart," Jackson said. "She is especially known for creating one of the very first theater arts camps in Alabama dedicated for 'special needs' and disabled youth, which is called Camp G.I.F.T.E.D.”

FROM MISSISSIPPI'S DELTA TO HISTORY MAKER

A native of the Mississippi Delta town of Greenwood, Stewart said she gained much insight into acting by observing her hometown’s residents and her family. She received her formal acting education, a B.S. degree in Speech and Theatre from Jackson State University and an M.A. in Theatre Arts from the University of California at Santa Barbara. In 1989, she completed her Ph.D. in Theatre Arts from Florida State University (FSU), making history by becoming the university’s first Theatre-McKnight-Doctoral-Fellow, and the first African-American female to receive a doctorate from the FSU College of Theatre Arts.

STEWART REFLECTS ON HER CAREER

Stewart has won a number of prestigious awards during her stellar career. She won the New York World Festival Gold Medal Award for the narration of the National Public Radio International Series, “Remembering Slavery," and she was nominated for an NAACP Image Award for her role in the film adaptation of John Grisham’s “A Time to Kill.” Stewart was also recognized by President Barack Obama as a “Champion of Change.”

While the national acclaim is important; as are Stewart’s accomplishments, she is most gratified by the work she has done with students.

"The beauty of being able to draw out and validate the talents of so many students has been most rewarding," Stewart said.

"To visit Broadway in New York City or to see a movie or a TV show and then suddenly to have one of my former students to appear on stage or screen makes all the work and dedication worthwhile," she said. "God is good."

- This story was written by Kenneth Mullinax/ASU Media Relations.