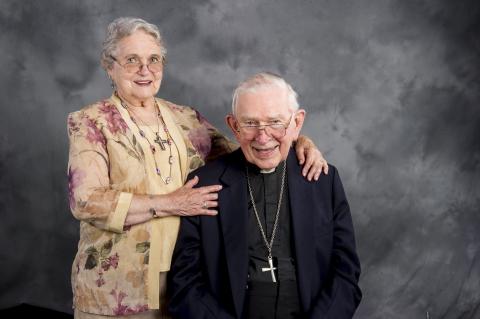 The family of the late Jean Graetz, a nationally noted civil rights pioneer, is holding a virtual memorial service for her on Sunday (Jan. 24) at  2 p.m. The service will be accessible to the public and the news media via a YouTube link: https://youtu.be/PHQ2oJfaJ2g

The service will be held at Montgomery’s historic First Baptist Church (brick-a-day church), which played an important role during the early days of the civil rights movement as the home church of the Rev. Ralph David Abernathy, who joined Dr. Martin Luther King, Jr. as a leader of the Montgomery Bus Boycott. The church is located directly across the street from the headquarters of the Montgomery Police Department.

Mrs. Graetz was a 2015 graduate of Alabama State University, having earned a bachelor’s degree in education at the age of 85.

"Jean Graetz, with her husband Robert, were pillars of the early civil rights movement in America and dedicated members of the ASU Hornet Nation family. As consultants for the University’s National Center for the Study of Civil Rights and African-American Culture, they helped to educate our students and the community at large about the cause of civil and human rights," Ross said. "The loss of Jean Graetz leaves a great void on our campus, but her spirit emboldens us to continue to advance the ideals of freedom and liberty for all.”

Only family members and invited guests who are presenting at the service will be allowed inside the church due to the family's desire to adhere to COVID-19 protocols. Members of the accredited news media will also be allowed to attend.

Please note for those attending the service, the event is mask-mandatory and COVID-19 social distancing protocols are being strictly enforced. 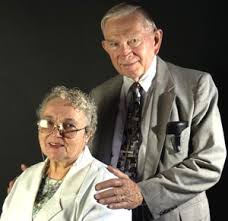 The late Jean and Robert Graetz (Photo by: David Campbell/ASU).

Jean Graetz was the spouse of the late Rev. Robert Graetz and an active partner with him in the fight for civil and human rights over a 50 year-span. The couple’s activism began during the 1955-1956 Montgomery Bus Boycott, which historians cite as the seminal birth of America's modern civil rights movement. Robert was the minister of a majority black Lutheran Church in Montgomery, and he and Jean are noted in the annals of history as the only white clergy in Montgomery to endorse and actively engage in the organization of the Montgomery Bus Boycott.

The Boycott began the night Rosa Parks (Jean's friend and neighbor) was arrested for refusing to give up her bus seat on Dec. 1, 1955 to a white man and move to the back of a segregated Montgomery City Bus in defiance of a local Jim Crow segregation law. Despite physical harm and mental harassment by the Ku Klux Klan, local police and other racist groups, the Graetz's bravely stood up for liberty, equality and freedom. Their home was bombed twice by the KKK, once while they were home with their small children. She survived the death of her beloved "Bob" by only three months.