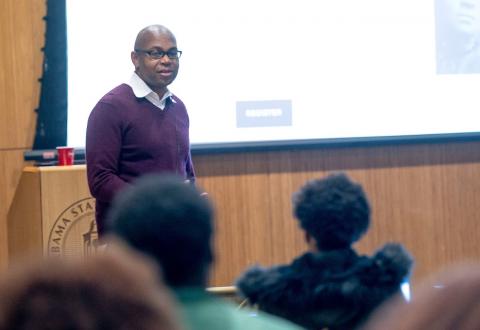 Journalism professionals, communications students and professors engaged in an informative two-day workshop at Alabama State University, led by the co-founders of the Ida B. Wells Society, Ron Nixon and Topher Sanders.

Nixon (ASU alumnus) and Sanders, along with two others, established the Ida B. Wells society in 2015.

“We appreciate what you all do as journalists,” said President Quinton T. Ross Jr. as he welcomed the co-founders to The Alabama State University, the “epicenter of the Civil Rights Movement.” 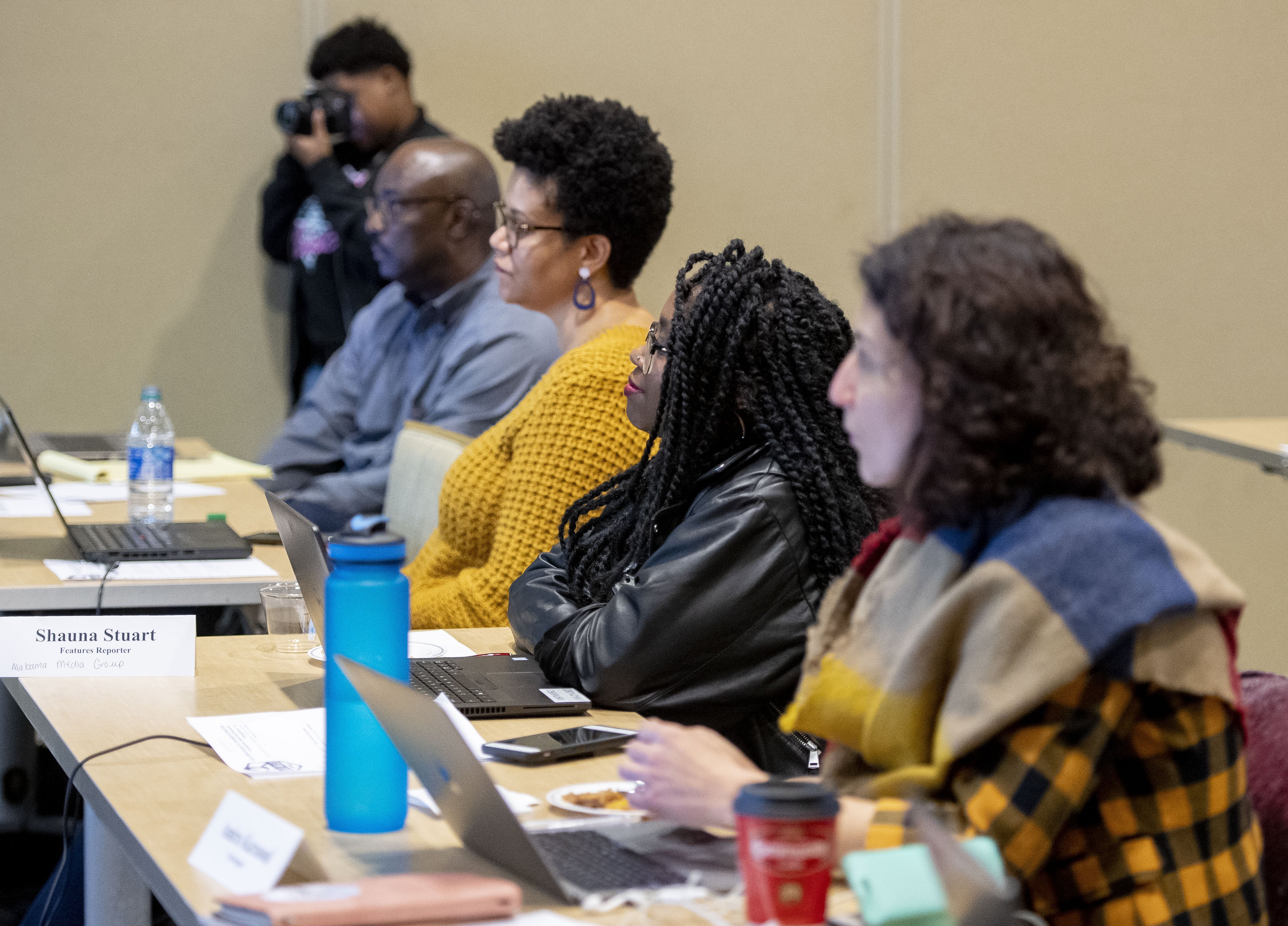 During the workshop, attendees learned the essential skills and tools to be a successful journalist. On day one, they sat in an eight-hour session learning how to plan and carry out investigations while still covering their assigned beat. They also learned how to use and find sources, and how to use and access public records.

During day two, attendees learned how to analyze data. Nixon, Sanders and AL.com reporter Connor Sheets walked through data journalism and how to apply it within their craft.

Attendees in each session were eager to ask questions and learn more.

Junior communications major Mason Smith said, “I’m excited to be here. I want to specialize in sports journalism.  I know that they can give me good information for me to move forward.”

Dr. L. Simone, chair of ASU’s Communications Department, remarked that it was imperative to include students in events such as this workshop. 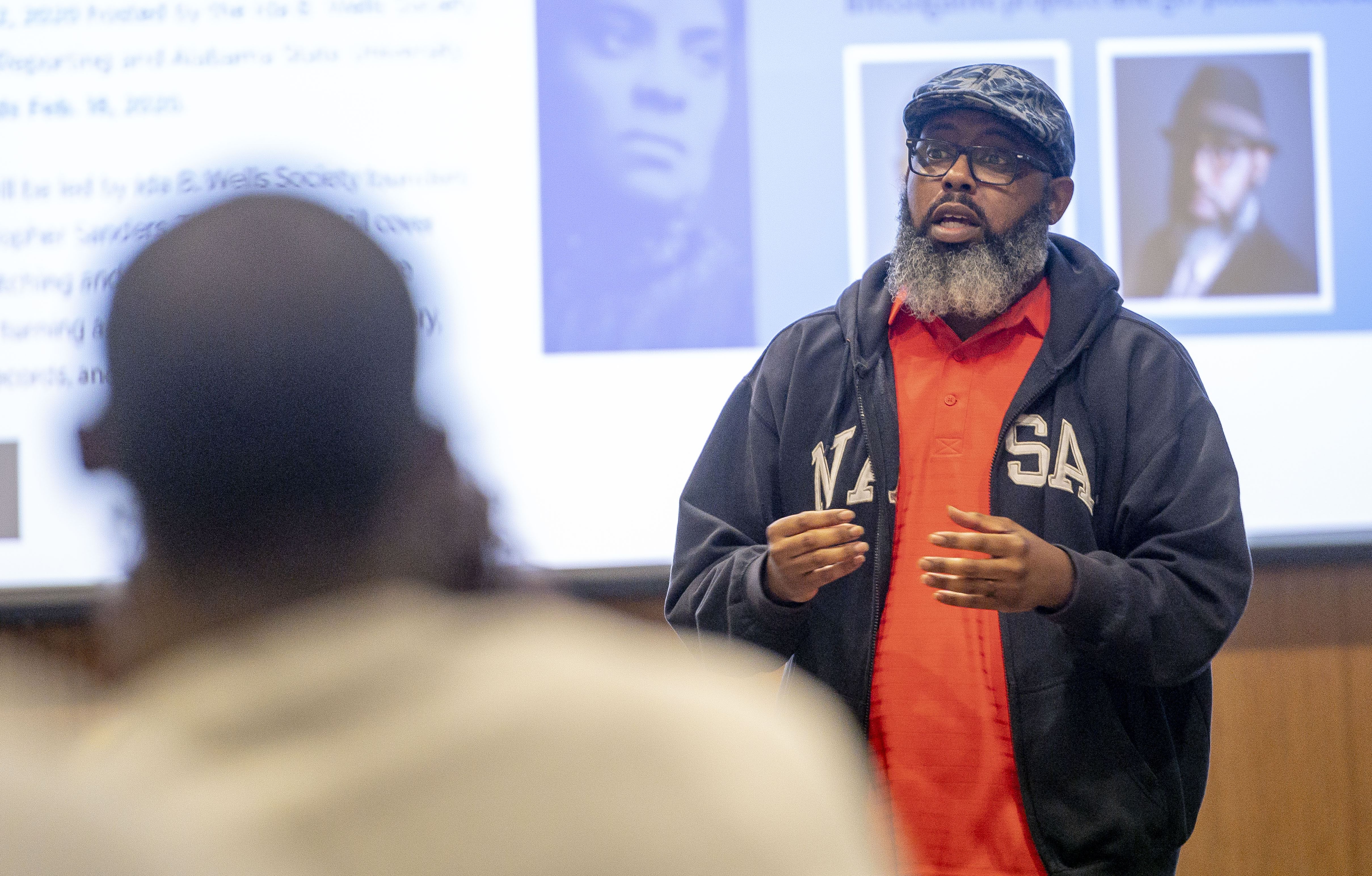 “By incorporating students it provides opportunities to enhance what is already being taught in the formal classroom,” Byrd said. “It represents ongoing improvement and positions our students to be more competitive once they leave ASU. Additionally, workshops allow for networking with professionals in the field.”

Nixon, one of the most respected journalists in the news industry, expressed the importance of investigation interviews and how it is the most important evidence-gathering activity undertaken during an investigation.

Both Nixon and Sanders agreed that hosting these workshops at historically black colleges and universities is important.

“The Ida B. Wells Society for Investigative Reporting holds the same value as HBCUs -- to educate and uplift African Americans.” Nixon said, “So, any opportunity I get to come here [ASU] I’m going to take it.”

Sanders, who also graduated from an HBCU (Tuskegee University), agreed that speaking at HBCUs is something that they are committed to.

A reception was held for guests after an eventful day of training and allowed them the opportunity to network with one another. Music was performed by Emery Kidd, communications professor, and his students.