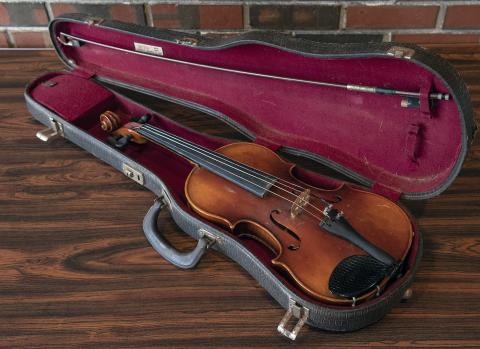 Published in Artsation: A Conversation in the Arts

Elizabeth French always had a love for music and science. A product of the Knoxville, Tennessee, school system, she received both a BA and Master’s Degree in Music from the University of Tennessee at Knoxville. She began her musical career as a young violinist with the Knoxville Symphony in 1956. However, she still had her love of science. After years of playing professionally, she attended the University of Mississippi at Oxford and earned her doctorate in biology. French always had an equal passion for her two loves, so even as she transitioned to a biology professor at the University of Mobile, she still found time to play the violin with the Mobile Symphony Orchestra and other area organizations.

She taught biology for 35 years until her retirement in 2008. After retiring from that post she went back to music and began teaching private violin lessons.

In 2009, French received a donation of a student violin from an associate who knew she taught private lessons. The instrument had a worn Alabama State College property tag, but no other information. 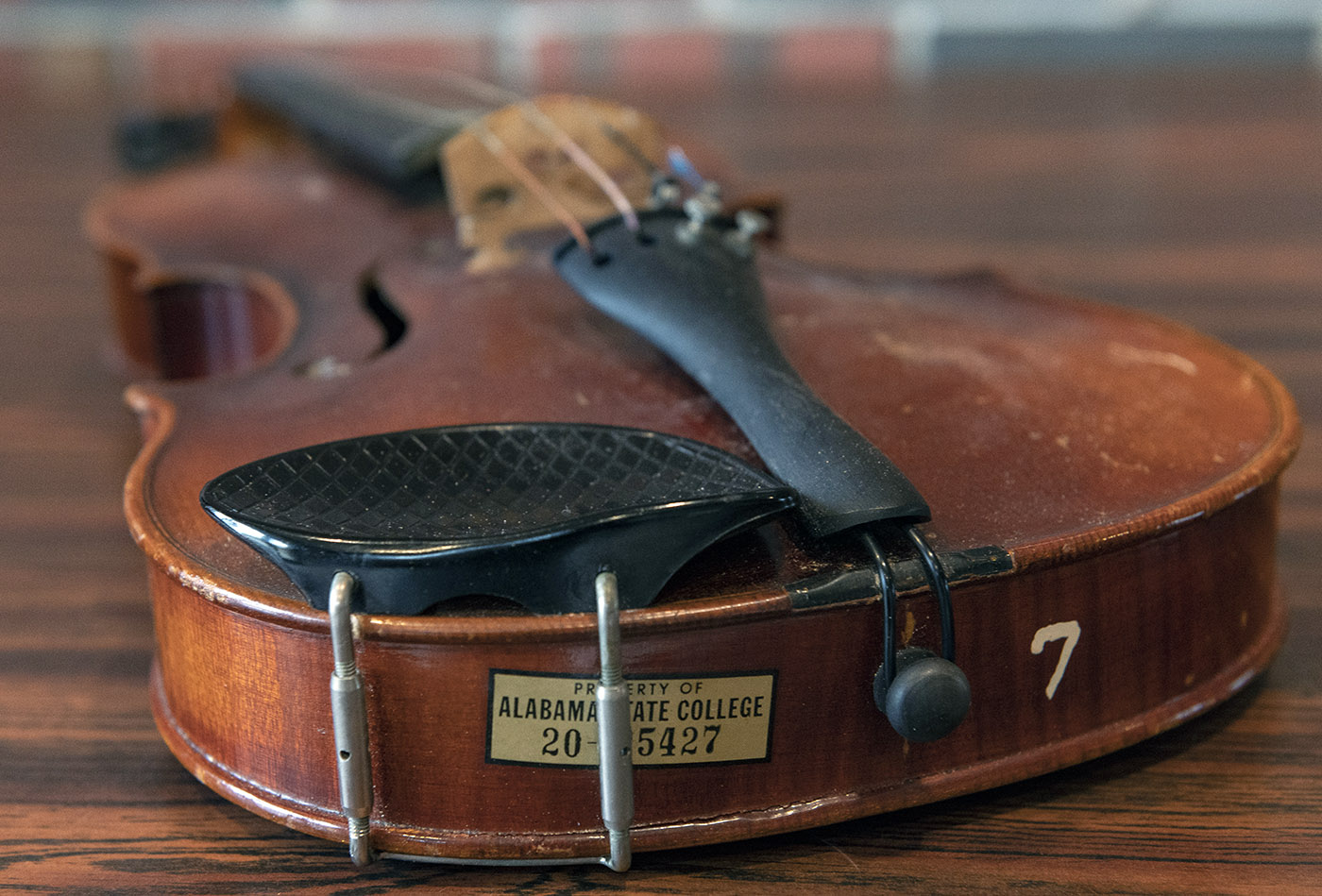 “He told me he had it for more than 10 years and was not sure how he acquired it,” French said. “He thought I might have some students who did not own an instrument and could use it."

French continued to offer private student lessons and remained active with the Mobile Symphony Orchestra. Upon her retirement from the Symphony in 2012, the frequency of the lesson decreased and the violin was going unused. French decided to reach out to ASU to return the instrument so some student could continue to benefit from it. However, she did not know whom to contact.

Connecting the institution’s name with the violin, French called Zelenak, to inquire if the University would be interested in the old violin.  Realizing that ASU was designated Alabama State College in 1954, the instrument would be nearly 67 years old.  Of course, ASU wanted this piece of history and valuable violin, despite its age. However, we are in the middle of a pandemic, how would we quickly re-acquire the violin without. French bearing any expense?

Enter Dr. Brenda Gill who is a professor of Sociology and Chair of the ASU Institutional Review Board.  Because of the pandemic, Gill teleworks from her family home in Mobile, Alabama. Zelenak also serves on the IRB and when he asked his colleagues if anyone was in the Mobile area, Gill quickly volunteered to retrieve the instrument from French.

“Getting the old violin and returning it to its rightful place at ASU was truly fulfilling,” Gill said.

The violin currently is with ASU’s Department of Music and plans are to restore it.