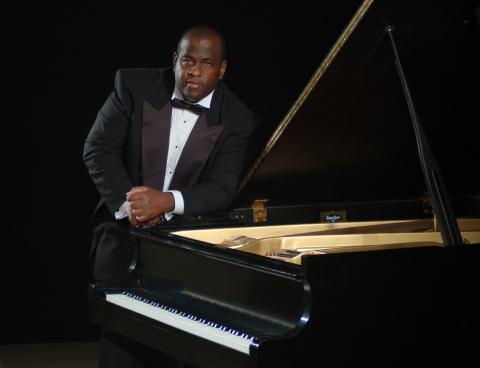 The concert, “A Musical Celebration of Hispanic Cultural Heritage,” is free and open to the public. Light refreshments consisting of Latin flavors will be served after the concert.

The celebratory month is held annually from Sept. 15 to Oct. 15 by recognizing the history, culture and contributions of Hispanic and Latino Americans. Hispanic Heritage Week was commemorated in 1968 by President Lyndon B. Johnson and expanded to a month in 1988.

The featured artist is two-time Grammy-nominated, internationally acclaimed concert pianist Dr. Adonis Gonzalez-Matos, who is a professor of piano at ASU. Other acts include performances by the ASU Department of Music faculty and students.

Concertgoers will hear a diversity of genres and styles of musical works written by Hispanic or Latin composers, as well as music composed by other composers, such as Leonard Bernstein.

Gonzalez-Matos, a Santiago de Cuba native, said the concert provides an opportunity for the ASU campus and local community to enjoy an evening of Latin music and Hispanic culture.

“It means a lot to me to perform each year at the event,” said Gonzalez-Matos. “I love sharing my native music with the students and with the audience. I look forward to the celebration every year.”

He has collaborated with legendary artists such as mezzo-soprano Denyce Graves, violinist Arnold Steinhardt and also with clarinetists/saxophonist Paquito D’Rivera. The latter invited him to record as a guest artist for his CD “Jazz-Clazz,” nominated by the Grammy Awards for Best Classical Crossover Album.

He wrote the music for the art film “Behind the Wall,” which premiered in New York and Boston, and he was the featured artist in the Rey-Rodriguez-Productions film “Adios a Cuba,” which includes interviews and live performances by the artist. The German Press described the artistry of Gonzalez-Matos’ “Adios a Cuba” inimitable elegance and highest virtuosity.