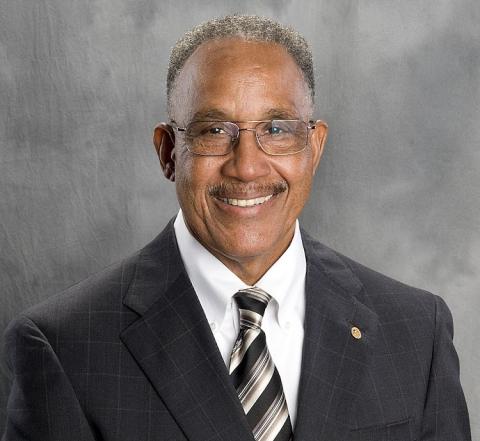 Horace Edwin Crump is remembered as the man who built Alabama State University’s premier track and field program “from scratch.” Crump died on June 10, 2022, after a brief illness.

Crump was an alumnus of ASU who earned both graduate and undergraduate degrees from the University. Later in life, he served as an Assistant Professor in the College of Education until his retirement.

Crump’s association with ASU began when he was a student-athlete, distinguishing himself as a football player and member of the track and field team. In 1977, he was asked to return to his alma mater to serve as head coach. When he took the reins, the team had only a few athletes.

Over the next 31 years, Crump became a coach of legendary status. The Crump Era of Track and Field at ASU was unprecedented, garnering 14 SWAC championships between 2001 and 2007.

His exemplary coaching abilities and achievements were recognized in 2009 when he was inducted into the SWAC Hall of Fame.

In an interview about his induction, Crump said, “I want to be remembered as a good coach, an honest coach. I put in the effort to help everybody, not just my team. I believed in doing the right thing. I cared about my kids. I tried to make them think about their future and being a success.''

A Celebration of Life

Note: Masks and social distancing are required for in-person services.