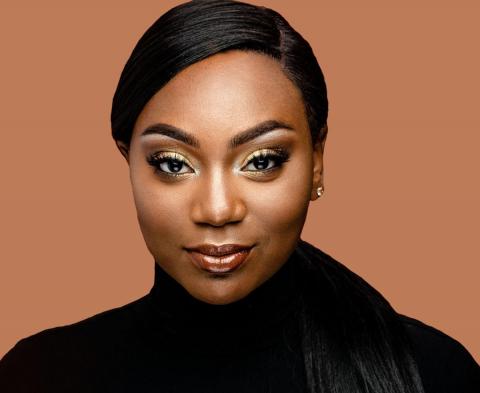 Then there are the filmmakers:  Spike Lee, Ava DuVernay, Jordan Peele and John Singleton.

Filmmaker Anastacia C.C. Davis, a 2017 graduate of Alabama State University, hopes her works will one day secure her a spot on that esteemed list.

“Audiences watch these filmmakers’ work on the big and small screens. Their films tap into a smorgasbord of emotions — sound, sight, feeling. From those emotions, movies create conversation. That’s what I want my work to do, to invoke those intense emotions,” Davis said.

Known for her works on TV hits “Empire,” “Power” and the “The Chi,” Davis said Alabama State University gave her confidence, community and a camera to follow her cinematic dreams.

“It wasn’t until I came to Alabama State University and became a part of COPVA/Dramatic Guild that I knew filmmaking was not just a hobby, but that it would be my life and my living… Through Dr. Hill’s (film) courses I learned about film noir, history, theory, and he was an integral part of my foundation in film. After a few assignments shooting films around campus I knew it was time to make the professional switch from theatre to film,” she said. “My not getting into certain schools brought me to ASU which has grown to be one of the most pivotal and influential times of my life.”

In addition to learning about the art of filmmaking and honing her skills behind the camera, Davis said her time at ASU also taught her a lot about the kind of artist she wanted to be.

“I was interested in more than just exploring my own art. I also wanted to make movies that appeal to people,” she said.

Although filmmaking is her passion, she still pursues her first love, acting.

Davis had a recurring role on the hip-hop drama “Empire," “where I was both a stand-in and extra/core background actress,” Davis said. “I had the opportunity to interact with Taraji P. Henson and Terrance Howard. ‘Empire’ was a season of learning.”

In season 4 of “The Chi,” Davis worked with Luke James and portrayed a witness of police brutality. On “Power,” which she calls a brilliant show with a cult following, Davis worked as a production assistant for its spin-off, “Power Book IV: Force.”

Her other works include footage featured in “Life In A Day: 2020,” a documentary that recently premiered at the Sundance Film Festival. Davis shot the footage of herself, family members and friends on an ordinary day in Cincinnati, Ohio.  The documentary reflects the story of another day on Earth, of people simply living their lives. The film was dedicated to her godson Maki Allen and her friends, Mona and Braylon Allen, whom she met in graduate school at Full Sail University.

The East Chicago, Indiana native’s previous films include “Moving On” (2018), which received a Viewers’ Choice Top Five Award at the Moët Moment Film Festival. She has worked on “American Idol” and on an untitled documentary with nine-time Grammy and two-time Oscar winner Mary J. Blige in 2019, in partnership with Amazon. She’s also worked as an assistant to Chance the Rapper.

Today, the filmmaker/artist/actress/and activist is currently an art production assistant for AMC Networks, a company in Chicago.

“I believe God used social media to light my path. I …joined Facebook film groups…it was free of charge, and an easy way to network and get paid…I instantly joined 10+ groups… I came across a post in a group asking for a local Chicago PA (production assistant) for Refinery 29’s immersive experience 29 Rooms. I applied, I got the gig, and I’ve been working the Chicago film/event scene ever since!” Davis exclaimed.

When asked how she keeps her films fresh, she had a simple answer.

“I stalk people...lol. No seriously, I people watch, I listen, and I reflect.  I am a constant fly on the wall to the world around me. Sometimes it’s an out-of-body experience. I find myself listening to arguments between loved ones in grocery stores; I listen to the everyday struggles and triumphs of my friends and family members, and then I look back over my own life’s timeline. I try to be in a constant state of mindfulness. Hopefully, the sum of all of those details leads to amazing thoughts, which lead to amazing scripts, which, God willing, will transform into meaningful films that will serve as bibliotherapy for decades to come,” she explained.

Davis is already working on her next project.

“The project I can speak to is the upcoming Michael B. Jordan-produced show ‘61st Street.’ The show will air on AMC. I am the Art Department’s Assistant for both seasons, one and two. This is my first long-term gig and I am so blessed to be able to serve on a show examining both the criminal justice system and my first hometown, Chicago,” an excited Davis said.

So, the next time you’re at the movie theater, keep your eye on the credits.