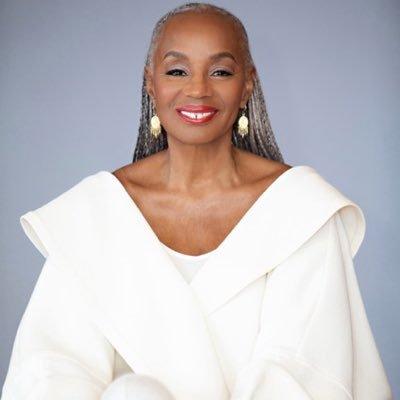 - Essence's Susan L. Taylor speaks @ ASU's first-ever virtual commencement ceremony  -
- Ceremony live on Facebook, Instagram & YouTube. For more info visit ASU's website (www.alasu.edu/live2020) -
- By Kenneth Mullinax/ASU
One of America's most influential magazine executives and cultural visionaries, who helped turn a fledgling Essence Magazine into a nationwide powerhouse as its editor-in-chief, will address Alabama State University's undergraduate and graduate candidates for graduation at the University's first-ever virtual Commencement Ceremony, which will be held on May 1, beginning at Noon (CST).

For more info on watching it live, visit the University's website (www.alasu.edu/live2020). ASU's Spring 2020 Class will graduate at the University's first-ever virtual commencement ceremony since its founding in 1867 by nine former slaves.

A resident of New York, Taylor is Essence Magazine's chief editorial executive responsible for the overall vision, articles and images of the publication as its 'emerita' editor-in-chief. She also maintains a high profile in the community, where she is a staunch advocate for the nation's poor and downtrodden.

She began as the magazine's beauty editor in 1970 at only 23 years-old. Taylor soon became responsible for fashion as well as beauty, and was promoted to editor-in-chief in 1981. Under her leadership, Essence Magazine experienced phenomenal growth with its monthly readership exceeding five million, as well as the creation of the nationally syndicated Essence Awards television show and the Essence Music Festival.

“The students deserve to experience a traditional ceremony. We will continue to monitor unfolding information regarding the coronavirus pandemic, and as federal and state mandates allow, we will prepare to welcome our students back to campus to celebrate their accomplishments,” Ross stated.

“One of the greatest honors that I have as University President is to preside over our commencement ceremonies,” said Ross. “It is always a joy to see graduates walk across the stage and to shake their hands to the cheers of their loved ones. None of us could have foreseen that this year would be any different; however, we will not let COVID-19 stop us from celebrating our students’ big day.”