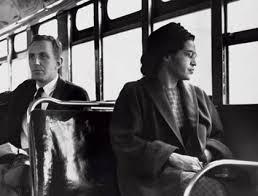 - Presentation of special "They Were Not Afraid" Awards to Bus Boycott participants.

- Sponsored by Alabama State University's National Center for the Study of Civil Rights and African-American Culture.

The 65th anniversary celebration of the Montgomery Bus Boycott's strategy-driven and spiritually inspired mass meetings will take place virtually on Monday (December 7), at 6 p.m. on Facebook @CivilRightsCenter  and on YouTube Premiere.

The mass meetings helped to organize and energize the African-American residents of Montgomery to participate in the boycott that started in 1955. Historians credit the Montgomery Bus Boycott with giving birth to the modern Civil Rights Movement.

This year, the ASU National Center’s annual commemoration will close out a week-long, citywide celebration of the Montgomery Bus Boycott that begins on Rosa Parks’ Day (December 1). The program will specifically honor the charter members and activists of the Women’s Political Council (WPC) as well as the Browder v. Gayle plaintiffs from the Montgomery Bus Boycott's lawsuit. The WPC was at the forefront of organizing the Boycott and was founded in 1946 by Mary Fair Burks, who was chair of the English Department at ASU (then the Alabama State College), and included such historically important Boycott leaders as Jo Ann Robinson and Thelma Glass.

The keynote speaker for this year's anniversary is Rev. Reneé Kesler, who serves as the associate minister at Mount Calvary Baptist Church and as president of the Beck Cultural Exchange Center, located in Knoxville, Tennessee. Rev. Kesler's topic will be "The Mass Meetings of the Montgomery Bus Boycott and the Rise of a New Generation of African-American Community Activists." The executive director of the National Center, ASU Dean Dr. Janice Franklin, said a special feature of this year's annual event will be the presentation of the "They Were Not Afraid Awards" honoring the charter members and activists of the Women's Political Council and the plaintiffs of the Bus Boycott's Browder vs. Gayle lawsuit.  News media contact: Kenneth Mullinax, 334-229-4104.