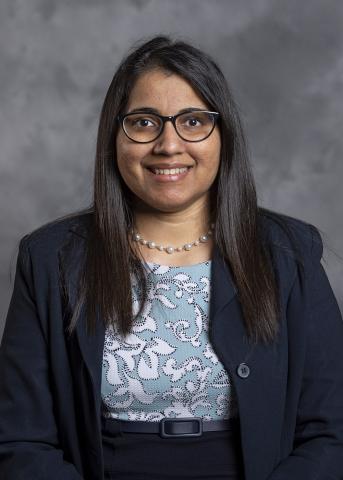 Dr. Sabita Saldanha, associate professor of biological sciences at Alabama State University, represented the state of Alabama and its congressional districts at the American Cancer Society Action Network’s (ACS CAN) virtual Leadership Summit in Washington, D.C., where all 50 states were represented.

ACS CAN is the nation’s leading cancer advocacy organization.

Her role as a volunteer Ambassador Constituent Team Lead of District #2 is to advocate for polices that further cancer research, prevention and cures.

“I hope to help save lives by working with lawmakers at every level of government to pass laws and increase funding for cancer research,” Saldanha said.

Saldanha pointed out that in the wake of the COVID-19 pandemic, cancer patients and their family's lives have been impacted. The treatment, care, and accessibility to clinical trials for these patients will most undoubtedly be affected years to come due to the pandemic and the current budgetary restraints.

“We strongly advocated for the support of a funding level of at least $44.7 billion (a $3 billion increase) for the National Institute of Health, including $6.9 for cancer research,” she added.

Saldanha said she also advocated for Congress to co-sponsor the Henrietta Lacks Cancer Research Enhancement Act in the next COVID-19 package.

“If the Act is passed, it will help complete the studies that understand the barriers faced by underrepresented minorities in participating in clinical trials,” she said.

She noted that Henrietta Lacks, who is called the mother of modern medicine, was an African-American woman who was diagnosed with cervical cancer and died at the age of 31. Using her cell line (HeLa cell line), many breakthrough studies in cancer and other medical fields have been made.  Henrietta Lacks contribution to science has helped advance medicine.

“There is no better way to honor Henrietta Lacks than for Congress to support this bill so underrepresented minorities can participate in these life-saving clinical trials,” she said.

Saldanha thanked Congress members and representatives for their continued support and commitment of eradicating a disease that affects individuals across the nation.

“Together, we can defeat cancer,” Saldanha exclaimed.