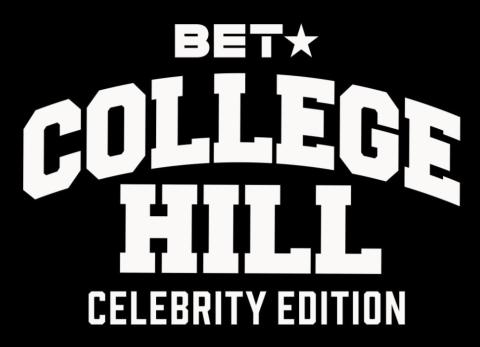 NEW SEASON WILL PREMIERE ON BET+ IN 2023

New York, NY – October 18, 2022 – BET+, the leading streamer for Black audiences, announced today that “COLLEGE HILL: CELEBRITY EDITION” will be back on the yard for a second season. A fresh, new class of celebrities will live together and join the Historically Black Colleges and Universities (HBCU) Alabama State University as students. Ray J, returning from the first season, will be joined by Amber Rose, Joseline Hernandez, Tiffany “New York” Pollard, Parker McKenna Posey, Iman Shumpert, Kwaylon “BlameItOnKway” Rogers, and O’Ryan Browner as they enroll to pursue higher education while experiencing the joys and challenges of life on campus. Similar to season one, the new cast will be stepping out of the limelight and into the classroom, to complete a rigorous, tailor-made academic certificate program to cross the graduation stage.

“We’re thrilled to partner with Edmonds Entertainment and This Way Out Media for the second season return of the hit reality series ‘COLLEGE HILL: CELEBRITY EDITION,’” said Tiffany Lea Williams, Executive Vice President of BET Unscripted Programming. “We couldn’t be prouder to film on the campus of HBCU Alabama State University (ASU), which is steeped in a rich legacy of producing academic excellence within the Black community. We have a new class of celebrities ready to hit the books and embrace campus life. This season we are in Montgomery, Alabama which provides us the unique opportunity to highlight our history and call attention to the importance and power of the community’s role in civic engagement across the country.”

“As the creator of the original franchise, I was so moved by the way both legacy fans and new fans embraced the first season of our ‘COLLEGE HILL: CELEBRITY EDITION’ reboot,” said Tracey Edmonds, CEO, and President of Edmonds Entertainment. “Edmonds Entertainment is looking forward to partnering again with This Way Out Media for our second season which will showcase the incredible heritage and plethora of assets that Alabama State University has to offer.  We are honored to be collaborating with ASU and are excited to share more entertaining stories about the richness of the HBCU culture and experience with audiences again this upcoming season.”

“This Way Out Media is excited to be partnering with Edmonds Entertainment and Alabama State University for the upcoming season of ‘COLLEGE HILL: CELEBRITY EDITION,’” said Sean Rankine, CEO and Co-President of This Way Out Media, Inc. “The opportunity to highlight this renowned institution that played such an important part in African American history is a privilege. We look forward to sharing the treasured HBCU experience that ASU and Montgomery, AL, offer with our cast and the audience.”

“We are extremely excited to welcome ‘COLLEGE HILL: CELEBRITY EDITION’ to the campus of Alabama State University,” said Dr. Quinton T. Ross, Jr., President of Alabama State University. “I want to thank Tracey Edmonds, Sean Rankine, Mark Seliga, and BET+ for selecting ASU as the location for the popular reality show that gives a global stage to the academic excellence, rich history and unique culture of the nation’s HBCUs.”

“COLLEGE HILL: CELEBRITY EDITION” is executive produced by Tracey Edmonds for Edmonds Entertainment, Sean Rankine and Mark Seliga for This Way Out Media, and Tiffany Lea Williams, Mimi Blanchard, and Raye Dowell for BET+. It will debut the second season in 2023.

Previous seasons of the original “COLLEGE HILL” and “COLLEGE HILL: CELEBRITY EDITION” are available to stream now on BET+.

BET+, a joint venture between BET and Tyler Perry Studios, is the leading streaming service for the Black community. With thousands of hours of hit movies, TV shows, stand-up specials, stage plays and more, BET+ offers the best of Black culture, including exclusive originals from best-in-class creators like Tracy Oliver’s First Wives Club, Tyler Perry’s Ruthless and Bruh, Carl Weber’s The Family Business and Sacrifice and Will Packer’s Bigger, to name a few. BET+ members can watch as much as they want anytime, anywhere, on any internet-connected screen and always commercial-free. Visit BET.Plus to learn more and follow @BETPlus for the latest news and updates.  ABOUT EDMONDS ENTERTAINMENT: Edmonds Entertainment is an award-winning multi-media production company that specializes in diverse television, film, and digital content featuring top level talent and engaging, thought-provoking stories.  Our projects have included Soul Food (20th Century Fox), Soul Food: The Series (Showtime), Jumping the Broom (Sony), With This Ring (Lifetime), Games People Play (BET), College Hill (BET) and more.  Edmonds Entertainment will premiere the feature film, End of the Road, starring Queen Latifah and Ludacris on Netflix this year (2022).  ABOUT THIS WAY OUT MEDIA: This Way Out Media is a production company with offices in Los Angeles, CA and Grand Cayman, Cayman Islands. This Way Out Media specializes in broadcast and cable television, digital and streaming content and media consulting. We pride ourselves on creative content that captivates audiences and cultivates conversations. This Way Out produces diverse content that ranges from hard hitting topics, pop culture icons and exploration, and incredible cast ensembles in unique locations or professions that culminate in a unique approach to entertaining the audiences of today and tomorrow.  ABOUT ALABAMA STATE UNIVERSITY: Founded in 1867, Alabama State University is a comprehensive, regional institution offering students from across the nation and around the globe a world-class education. ASU’s learning experiences are holistic and are designed to develop intellectual, as well as social, moral, cultural and ethical values. Over the past 15 years, ASU has experienced tremendous growth, both physically and academically. State-of-the-art academic facilities now grace the 395-acre campus. High-demand programs have been established and cutting-edge research is being conducted by ASU faculty and students. With a focus on a global initiative, the campus has a more diverse population while maintaining its proud heritage as one of the nation’s leading Historically Black College and Universities (HBCUs). We offer the Bachelor of Arts and Bachelor of Science, as well as master’s and educational specialist degrees. The University also offers the Ph.D. in microbiology, the Ed.D. and the Ph.D. in Educational Leadership, Policy and Law, the Clinical Doctorate in Physical Therapy and the Master of Science in Prosthetics and Orthotics. For more information about Alabama State University, visit www.alasu.edu.