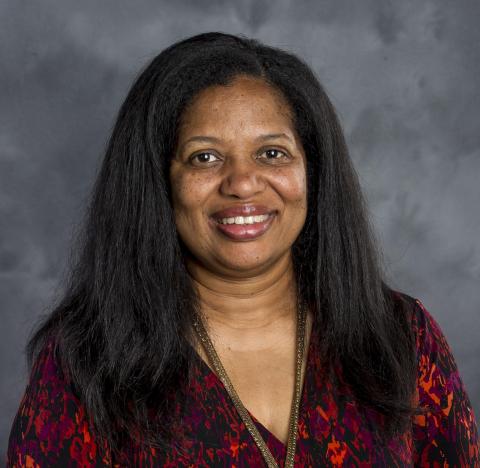 The 65-episode series revolves around a wealthy family shocked by the death of their patriarch. An ambitious older brother, a peacemaker sister and a rebel brother come together with their father’s young lover for the reading of the will – and a flurry of surprises.

“It’s a new digital platform and it is supposed to be the new direction of the industry,” Trimble said.  Trimble looks back on her early days working with the show’s head writer and friend, Alex Burger, and her latest venture into television.

“I had critiqued a play of his (Alex Burger) and gave feedback, over time, on a television series he was working on,” Trimble said. “I wrote and presented papers on television as a representation of our cultural anxieties and he liked my knowledge of the medium. I told him I wanted to learn to write for television and he gave me a few lessons. When he told me he was writing for this (“Die Testament”) I said, ‘I can’t wait until you hire me to write for you.’  And so he hired me.”   Trimble said the show has broken new grounds by being the first Afrikaans five-minute drama to be watched on mobile devices and probably the first Afrikaans drama primarily written by a team of mostly black women.  In addition to the show, Trimble was interviewed by Don Noble for the Alabama Public Television’s “BookMark,” where the host engages Alabama authors such as Winston Groom, Rick Bragg, Fannie Flagg and Sena Jeter Naslund in a discussion about their lives, creative influences and their literary works. The show will air in 2020. Recently, Trimble moderated for two National Book Award-winning scholars, did a private reading for the Andrew Mellon Foundation, and was selected the keynote presenter for a science conference taking place in November.

Other projects on her desk include finishing her second collection, tentatively titled “How to Survive the Apocalypse,” writing more short stories and maybe a novel.

“I’m planning to develop a television pilot, too” Trimble said.  “I have already pitched an academic anthology to a colleague and we are working that out.”

Trimble lives and writes in Montgomery. Her work has appeared in various online and print publications including “The Griot,” “The Offing,” the “Louisville Review” and “Blue Lake Review.”  “American Happiness” (NewSouth Books), her first collection, won the Balcones Poetry Prize and was named the poetry finalist and the Best Book of 2016 by Seven Sisters Book Awards, an endeavor dedicated to encouraging women writers.  She is a Cave Canem fellow and the recipient of a 2017 literary arts fellowship from the Alabama State Council on the Arts.  “I became a teacher because I wanted to be a writer. I figured being a college professor would allow me time to do that, but when I went the Ph.D. route instead of the M.F.A. route I became a teacher who wrote instead of a writer who taught,” Trimble said. “At this point, though, I have more freedom (with tenure and the rank of full professor and with my children pretty much grown) to turn to my own life. And that life for me has always been a life of the mind and a writing life. So, I’m thrilled.” For those who have a passion for writing, Trimble’s advice is don’t give up on writing, even when the water is rough.  “The only way to live your dreams is to live them,” Trimble said. “Don’t be discouraged. Don’t worry about the impediments or where you are. Keep dreaming and keep writing.”