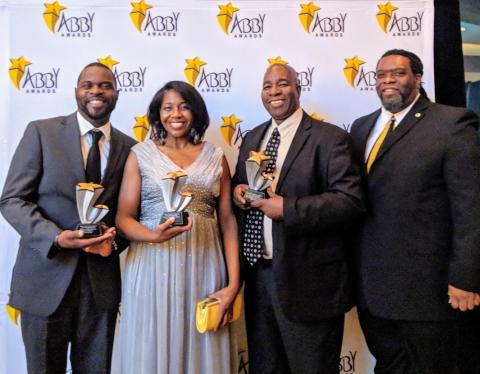 WVAS-FM, known as the “Voice of Alabama State University,” won three statewide awards during the Alabama Broadcasters Association’s 2019 annual broadcasting honors on Saturday (March 23) at The Club in Birmingham. WVAS is a National Public Radio affiliate station, which is located on the University's campus.

The award ceremony recognizes Alabama’s "Best in Broadcasting,” which is otherwise known as the 'ABBY-Awards.'

The list of ABBY awards won by ASU's news team in the 'Medium Market' category is as follows:

The interim station manager of WVAS, Jay Holcey, said he is proud of his team.

“I'm extremely proud of the news team for being recognized for all of their hard work and dedication for what they do on a daily basis,” Holcey said.

The ABBY awards are presented by the Alabama Broadcasters Association, which represents the broadcasting industry (radio and TV) in Alabama. It is dedicated to protecting and enhancing broadcasting and promoting the professional status of its members.