An Alabama State University staff member has made history as being the first African-American to be elected as President of the venerable Alabama Historical Association (AHA), which occurred at its recent statewide meeting held in Tuscaloosa. At that same meeting, she also won the association's coveted Hamilton Award.

FIRST AFRICAN-AMERICAN A.H.A. PRESIDENT
ASU's  Frazine Taylor is the newly elected President of the Alabama Historical Association for its 2019-2020 term of office, which makes her the first ever African-American elected as its President since the statewide historical group was organized in 1947. This occurred at its recent annual statewide meeting in Tuscaloosa. At that same meeting, Taylor was presented with its important Hamilton Award.

"I am honored to be elected as the president of the Alabama Historical Association by its esteemed members," Taylor said. "To also know that I am the first African-American to ever serve as the president of the statewide association since its inception in 1947, both excites and humbles me," Taylor said. "I hope to live up to the confidence that the membership has shown me by electing me their president."

The Wetumpka native works at the Alabama State University Archives Department in its Levi Watkins Learning Center (LWLC). She also serves on the board of ASU's Patrons for the Study of Civil Rights and African-American Culture, said Dr. Janice Franklin, dean of LWLC and executive director of ASU's National Center for the Study of Civil Rights & African-American Culture.

"We are so pleased that Ms. Taylor's vast expertise in history, library science, cultural heritage and community engagement has been recognized statewide," Franklin said. "She is a nationally renowned genealogist, historical researcher and acclaimed author who has decades of experience in historical research and activity. We are proud to have her working with us at Alabama State University and very excited for the honors, which she has won. They are all well deserved," Franklin added. 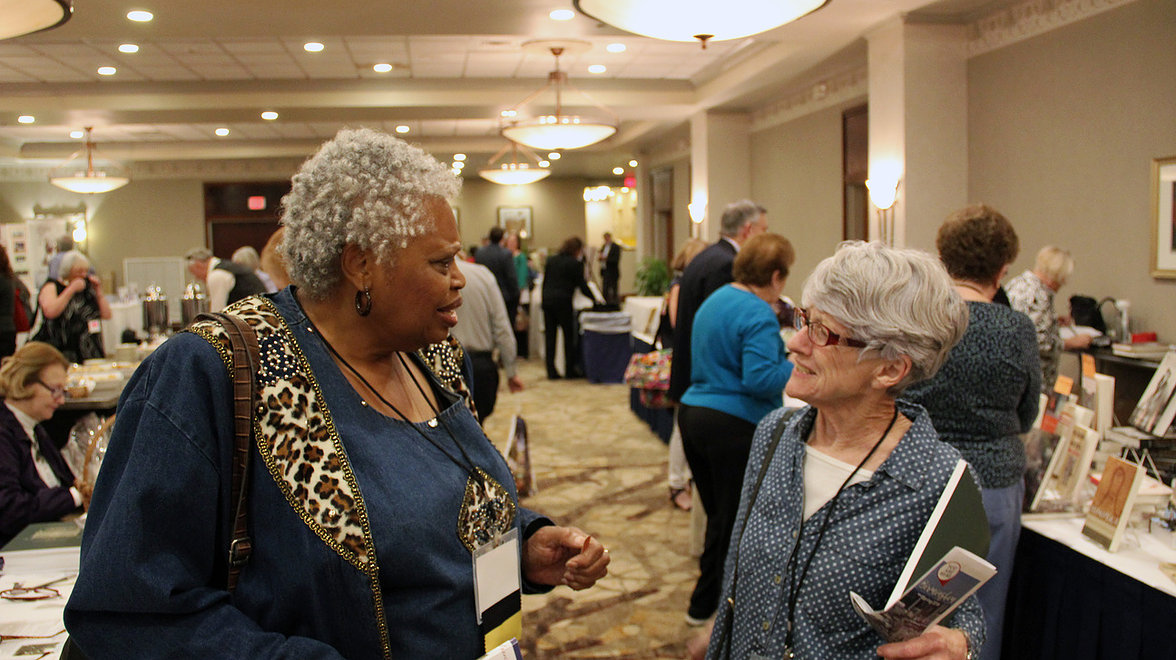 Frazine Taylor (L) at statewide meeting in Tuscaloosa where she was elected.

"Frazine Taylor makes daily contributions that bridge gaps between different types of historians, historical communities, and audiences throughout Alabama” said Laura Anderson, chair of the 2019 Hamilton Award Committee. “In that way, and due to her persistence and dedication, Taylor and her work embody the very spirit of the Hamilton Award.” 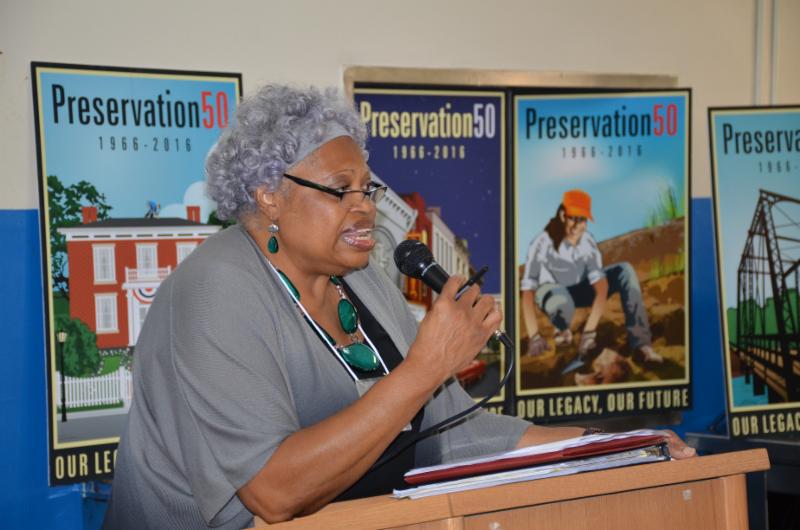 BACKGROUND ON TAYLOR
She is widely known for her expertise and acumen in genealogical research and African-American history. Before coming to ASU, Taylor served as the co-director of the Reference Service Division at the Alabama Department of Archives and History, which is the official historical research arm for state government. Among the many boards Taylor serves on includes as chair of the Black Heritage Council of the Alabama Historical Commission; president of the Elmore County Association of Black Heritage, and on the Alabama Governor’s Mansion Authority.

ABOUT THE ALABAMA HISTORICAL ASSOCIATION
Established in 1947 in Montgomery, Ala.; it is a historical society that aims to "discover, procure, preserve, and diffuse whatever may relate to the natural, civil, literary, cultural, economic, ecclesiastical, and political history of the state of Alabama." James Frederick Sulzby (1905-1988) served as the first president of the organization from 1947 through 1949. In 1948, the group launched the quarterly journal titled "Alabama Review." It also oversees a program of historical roadside markers throughout the state, as well as holding and sponsoring historic-themed workshops and events.