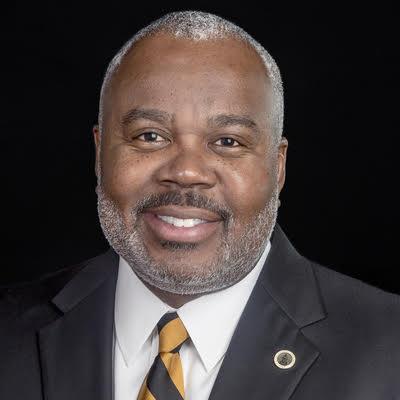 The President of Alabama State University has been elected by his peers to serve as the vice chairman of the Alabama Commission on Higher Education’s (ACHE) Council of Presidents.

ASU’s Dr. Quinton T. Ross Jr. was elected as the vice chair at the meeting on Nov. 6, by the 19-member body of the Council of Presidents. The Council consists of the presidents of each public four-year institution of higher education in the state of Alabama, as well as the state superintendent of education and the presidents of three public two-year institutions of higher education.  Also, elected on Nov. 6, as the Council’s chairman was Dr. Kenneth Tucker, president of the University of West Alabama.

“They both were elected to serve for two-year terms of office,” stated Jacinta Whitehurst, secretary of the Council.

President Ross said that he is looking forward to serving as an officer on the Council, which is at the forefront of leadership for higher education statewide.

“I am both honored and humbled at the confidence of my fellow university presidents to serve in such a capacity,” Ross said. “More so, my position as an officer on the Council of Presidents brings to The Alabama State University a unique opportunity for its president to be on the forefront of higher education reform,” he added.

The executive director of ACHE said he is excited about Ross serving as vice chair.

“Dr. Quinton Ross brings to this position decades of leadership in the field of education, as well as his many years of expertise as a well-respected member of the Alabama State Senate and as one of its leaders,” said Dr. James Purcell, ACHE’s executive director.

Purcell noted that Ross’s ability to understand the machinations of the Alabama Statehouse are positive assets that he brings to ACHE’s Council of Presidents.

“Dr. Ross’s legislative acumen will be especially valuable to the Council as it moves forth its agenda to aid and assist Alabama’s public universities and colleges and the students that they serve,” Purcell added.

President Ross said representing ASU on the Council of Presidents is an honor in itself.

"To serve on the Council with such distinguished leaders in Alabama's higher education field as Troy University's Dr. Jack Hawkins is both awe-inspiring and inspirational," Ross stated. "Dr. Hawkins is a prime example of the caliber of the higher education leaders on the Council. He is among the longest serving leaders of a university in the nation and I am grateful for his nomination of me as vice chairman of the Council."

Dr. Ross serves as the 15th president of The Alabama State University. He is a graduate of the University, where he earned a Bachelor of Science degree in Political Science in 1992, a Master of Arts degree in Education in 1995 and a Doctorate of Education in Educational Leadership, Policy and Law in 2010.

ABOUT THE COUNCIL OF PRESIDENTS & ACHE

The Council of Presidents advises the Alabama Commission on Higher Education, which is a state agency responsible for the overall planning and coordination of higher education in Alabama, the administration of various student aid programs, and the performance of designated regulatory functions. The commission, in consultation with the agencies and institutions concerned with higher education in this state, analyze and evaluate on a continuing basis, the present and future needs for instruction, research and public service in postsecondary education in Alabama including facilities; and assess the present and future capabilities of it.