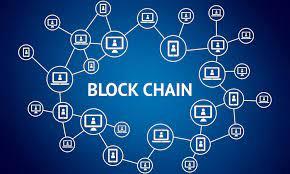 A group of students from Alabama State University swept the national competition aside in a recent contest that pitted students from Historic Black Colleges and Universities (HBCUs) in a series of video competitions in the HBCU Students Inform the Block video competition. Undergraduate HBCU students entered original videos designed to foster awareness about blockchain technology, which is a system of recording digital information in a way that makes it difficult or impossible to change, hack or cheat.

"I am so proud of all of the ASU students we had join us in this double-blind competition because our students won the top four national awards in the Short-Video category and won second place in the long-video class," said Dr. Patrice W. Glenn Jones, ASU's executive director of Online Education and Programs and the faculty sponsor of the students competing. "ASU's students enrolled in the National HBCU Blockchain and FinTech Conference competition that had students design and produce both long videos (one-minute to three-minutes in length) and short videos (30-seconds to one-minute in length), which were charged to best explain the merits of using blockchains to secure digital ledgers, which are frequently used in safeguarding cryptocurrency transactions."

WHAT IS BLOCKCHAIN TECHNOLOGY

Jones explained that blockchain is essentially a digital ledger of transactions that is duplicated and distributed across the entire network of computer systems on what computer experts call the 'blockchain.' Each block in the chain contains a number of transactions, and every time a new transaction occurs on the blockchain, a record of that transaction is added to every participant’s ledger and serves as the basis of keeping secure and accurate cryptocurrency.

BACKGROUND OF THE PROCESS

Since the beginning of the fall semester, students, faculty and staff at HBCUs across the country and in the Virgin Islands have participated in blockchain and financial technology workshops, leading up to the video submission deadline of October 15.

Jones said that the winners and their videos will be featured at the Second National HBCU Blockchain and FinTech Conference, which will be held virtually on Nov. 12 - Nov. 13.

"This is an important win for ASU because it demonstrates our students’ skills are both grounded in technology and are adept at the creative process, which allows them to communicate a very technical and obtuse subject in such a manner that it is understandable by those people with little or no technical background," Jones stated.

"Most of all, this win excites me because it is wonderful to see our Alabama State University students learn and grow."