ASU Vice President to Be Inducted into Hall of Fame 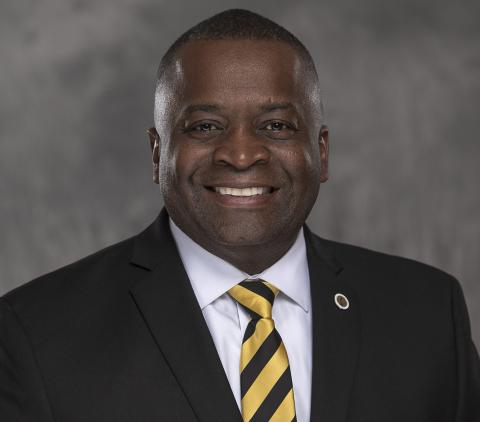 The National Black College Alumni Hall of Fame Foundation, Inc., has tapped Alabama State University Vice President of Institutional Advancement and the Executive Director of the ASU Foundation, Col. Gregory Clark, U.S. Army, Retired, for their 2022 Hall of Fame. The organization selected Clark to receive the Chairman’s Award for exceptional achievements in his field.

The Annual Hall of Fame Induction Ceremony will take place on Friday, September 23, 2022, in Atlanta.

“This honor goes back to my work at Florida A&M as National Alumni President. To be selected as a Hall of Famer and be in the company of a list of illustrious people is a great honor,” Clark said.  “This is a culmination of working and being an advocate for HBCUs.”

Clark will join a distinguished list of more than 350 others who have been enshrined in the Hall of Fame since 1986, including notables such as Dr. Martin Luther King Jr., Dr. Benjamin E. Mays, Walter Payton, Leontyne Price, Chief Justice Thurgood Marshall, Oprah Winfrey, Ambassador Andrew Young, Will Packer and Nancy Wilson.

A native of Abbeville, Alabama, and a 1993 graduate of Florida Agricultural and Mechanical University (Florida A&M University or FAMU), Clark has made his mark as an ardent leader in military service, as a financial advisor and as a leader at his alma mater.

Clark joined the ASU family on August 1. His duties include serving as a member of the President's Cabinet.

“As VP of Institutional Advancement, I oversee the Office of Alumni Affairs and the Office of Development, which essentially is the fundraising arm of the University…In my role as Executive Director of the Foundation, I manage the foundation which acts as the custodian of dollars for University donations.”

One of his main goals for ASU is to advance the University’s initiatives to help students financially.

“I spearheaded a program previously that was aimed at paying off student balances. I know that ASU has had similar initiatives for our students here. My intent is to launch a campaign to help the President in his efforts to support his initiative, to strengthen the existing program and have an even greater impact on our students,” Clark said.

Clark said he is honored to wear the black and gold in support of ASU.

“I’m happy to be here because of Dr.  Ross’s leadership and my belief that he has taken this University to a place that I like to be a part of, now and into the near future… If I can send these young students out into the world with a little less debt, I think I would have done my job,” Clark emphasized.

Clark is Chairman of the Board at the Prince Hall Legacy Foundation of Alabama.  He also is the Vice Chair of the United Supreme Council, Ancient & Accepted Scottish Rite of Freemasonry, PHA, and a member of Alpha Phi Alpha Fraternity, Inc.

He is the recipient of many high honors and awards, including being inducted into the Florida A&M University Sports Hall of Fame, receiving the Alumni Association President of the Year Award issued by the HBCU Alumni Hall of Fame, and the Real Life Stories Award issued by the  National Association of Insurance & Financial Advisors/News Week Magazine.

About the Hall of Fame

The NBCA Hall of Fame is dedicated to the growth and development of the nation’s Historically Black Colleges and Universities (HBCU). They are committed to securing supplemental scholarships for students attending HBCUs, as well as highlighting the tremendous accomplishments of distinguished alumni of these institutions.