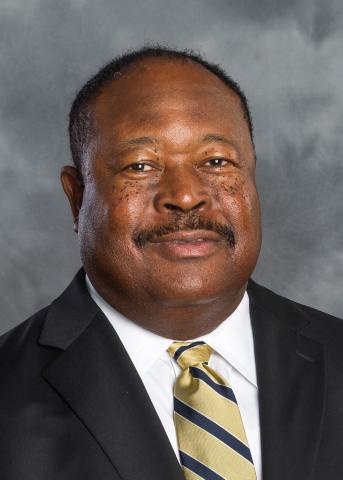 A member of Alabama State University's Board of Trustees, who is a 1976 alumnus and former Hornet football standout, has been honored with the American Football Coaches Association’s (AFCA) Outstanding Achievement Award.

Trustee Joe Whitt Sr., played defensive end for the Hornet football team before becoming a legendary member of Auburn University's coaching staff. His son, Joe Whitt Jr., an assistant coach with the Green Bay Packers, presented the award to his father on Monday, Jan. 7, during an event held in San Antonio.

“Receiving this award means so much to me because it means I coached with a lot of great men and had a lot of great student-athletes play for me,” Whitt said in a statement. “I’m very humbled by this honor and don’t have the words to express what it really means to me. I’m grateful to the AFCA for this honor.”

"Coach Whitt began his extraordinary journey in athletics right here at Alabama State University," Ross said. "It is commendable that he has chosen to serve his alma mater as a member of the Board of Trustees and to give back to the University that helped to launch his stellar career in coaching and athletics administration."

ABOUT JOE WHITT, SR.
Whitt played defensive end for the Alabama State University Hornets for three seasons while an undergraduate at the University. He started coaching high school football at Montgomery's Robert E. Lee High School before being hired at Auburn University as an outside linebackers coach under Pat Dye. For 25 seasons, Whitt served as an assistant coach at Auburn, which included five SEC titles and two undefeated seasons. ASU's Trustee spent an additional nine years at Auburn after his coaching career as an assistant athletic director for fundraising.