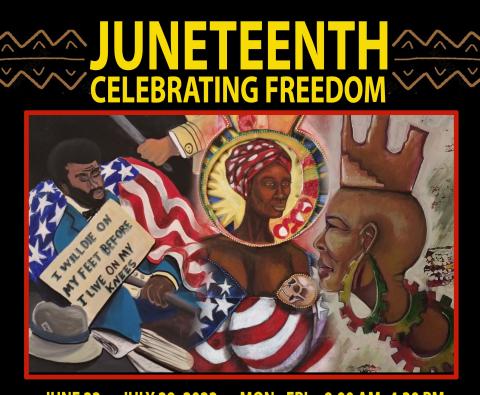 On June 19, 1865, roughly a quarter-million enslaved people in Galveston, Texas were finally set free, more than two years after the Emancipation Proclamation.

To commemorate a day that is linked to a defining moment in American history, the abolition of slavery, Alabama State University’s Department of Visual Arts is sponsoring its first Juneteenth art exhibit titled“Juneteenth Celebrating Freedom," which will run through July 29 at ASU’s Warren/Britt Galleries.

This exhibit will feature works representing freedom and commemorating the emancipation of enslaved people.