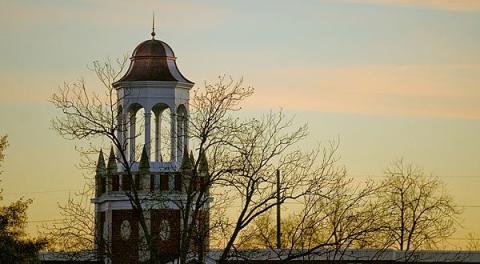 ﻿
ASU Ranked Among Top-Five HBCUs in Alabama by a National Education Organization
By Kenneth Mullinax/ASU
All Hornets know in their hearts that Alabama State University is among the very best institutions of higher education anywhere, yet it is gratifying to know that sentiment is shared by several of the nation's industry-leading, independent, educational organizations including University Headquarters (HQ) based out of Scottsdale, Ariz.

University HQ compiles a comprehensive set of information for students who wish to pursue a higher education. In its latest research publication, University HQ named ASU as one of the top five historically black colleges or universities (HBCUs) in Alabama.
The organization’s elite rankings of the top HBCUs within the state include Alabama State University, Tuskegee University, Alabama A&M University, Oakwood University and Talladega College. Julia Baker, an executive with University HQ, explains in an email that HBCUs have a legacy of providing educational excellence for traditionally underserved populations of students.
"While the number of HBCUs in the United States is small, their legacy is widespread. They have produced many of the nation's most successful leaders, including Dr. Martin Luther King, Jr., Alice Walker, Chadwick Boseman and many more. Even though HBCUs comprise only three-percent of America's four-year colleges, they have produced more than 80 percent of the nation's black judges and 50 percent of its black doctors," states University HQ's narrative.

NOTE: University Headquarters (HQ) an industry-leading, independent educational organization based in Scottsdale, Ariz., is an all-in-one source for information on universities, colleges, entrance requirements, and career paths. It provides career guides that can help students navigate all of the requirements to gain entry to programs, become certified, or move up the career ladder in their chosen field.