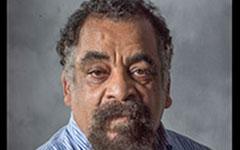 Alabama State University microbiology professor will discuss his research at an international conference in Spain.

******
Alabama State University’s nationally acclaimed professor and expert on viruses, Robert Villafane, will address the 2018 International Conference on Virology in Valencia, Spain on Nov. 29-30.  The two-day conference is one of the largest educational and scientific events in the medical science community.

Villafane, a microbiology professor, is the only keynote speaker from the U.S. who will join experts, professionals, academicians and researchers from all over the world discussing viruses. His topic is titled "Structural Requirements for the Formation of the Dome-Like Structure Used by the Viruses to Ultimately Affect the Cell.''

He notes that his ASU research has discovered an important part of a virus protein that is involved in its assembly, which he will share with his fellow researchers in Spain.

Villafane said he was “still in shock” after he received the news about speaking at the conference.

“When I got the email, I thought to myself, ‘Did they get the right Robert Villafane?’  So yeah, I'm still in shock but it’s a nice shock,” Villafane said. “In Spain,  I’ll be able to disseminate it (my research) among more virus people. In that sense, I’m helping put ASU on the map.”

He said that his research and work will not end at the conference since Villafane will continue to educate students and others, as well as examine molecular genetics in bio-chemistry in his ASU laboratory, which is named  'The Villafane Lab.'

ABOUT MADRIGE CONFERENCES
The Madrige Conferences are specifically designed to create a platform for distinguished speakers, scientists, academicians and researchers to explore the advancements and alterations in the field of science. These scientific events help in conveying and sharing scientific knowledge across the globe.

For more information on the conference, go to http://virology.madridge.com/