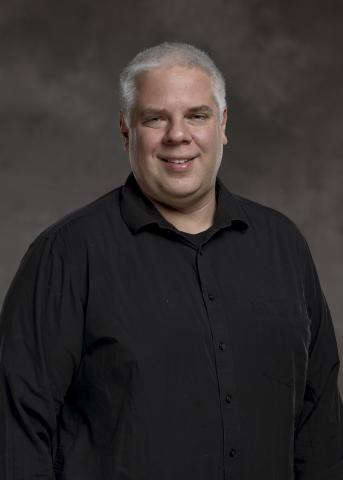 Pianist Kristopher Sanchack, assistant professor and director of Choral Activities in Alabama State University’s Department of Music, is tapped to perform with internationally known artists on Thursday, Feb. 25, at 7:30 p.m. at the Davis Theater in downtown Montgomery.

The Montgomery Symphony Orchestra’s Vann Vocal Institute Celebrity Concert is free and open to the public, though tickets are required in order to monitor reduced seating capacity during the pandemic. Recommended COVID-19 precautions will be in place, including socially distant seating and temperature checks, and masks/face coverings are required.

“I want to thank Bryan Reeves, executive director of the Montgomery Symphony Association, and internationally acclaimed David Cangelosi, who serves as the Institute’s artistic director, for inviting me to take part in this event,” said Sanchack. “Typically, they have pianists from New York and Chicago come to Montgomery to perform with the artists, but because of limitations and quarantining surrounding COVID, they asked me to play for the event. It will be the first time since the inception of the event that a local Montgomery artist will be accompanying the singers during the evening celebrity concert.”

The pieces to be performed are some of the most beloved arias from some of the greatest operas and composers, including Puccini, Offenbach, Bizet, Mozart, Gounod, Verdi, Saint-Saens, Massenet, and Delibes.

Sanchack has traveled the world performing with a variety of prestigious orchestras, musicians and institutions in the United States, as well as Europe and Russia. He said that his musical journey began at an early age and stemmed from his deep curiosity about the wonders that music and the piano held in store.

“I thank several people for my musical upbringing.  First, I could not have accomplished what I have without the tireless support of my parents, who paid for and took me to lessons, drove me to ensemble rehearsals and encouraged me to practice.  Regarding my love of classical music, that came from my piano teachers, Ms. Evelyn Shaw and Ms. Freda Pastor Berkowitz, who continued to push me and challenge me beyond where I thought I was capable,” Sanchack said.

During his career, Sanchack has served in such capacities as the keyboard artist for the nationally renowned Indianapolis Symphonic Choir and répétiteur for the Anchorage Opera.  In addition to accompanying numerous vocal recitals and masterclasses, he has shared the stage with conductors such as Raymond Leppard, Paul Hillier, John Nelson and Nicholas McGeegan; and singers, including Sherill Milnes, Timothy Noble, Thomas Cooley, as well as Ailyn Perez, Evan Rogister and Lawrence Brownlee.

Sanchack has appeared with the Asheville Symphony, Greenville Symphony and Indianapolis Symphony orchestras, and continues to be in demand as a soloist and accompanist around the United States. He currently serves as accompanist to a statewide chorus in Indiana.

The world of piano grows endlessly for Sanchack, and that same curiosity he had as a 7-year-old playing a piano sold him on devoting his life to learning, teaching and performing as much music his piano has to offer.

“People ask me often if I want to play another instrument, and I say ‘no’ because there is so much to play,” he explained.