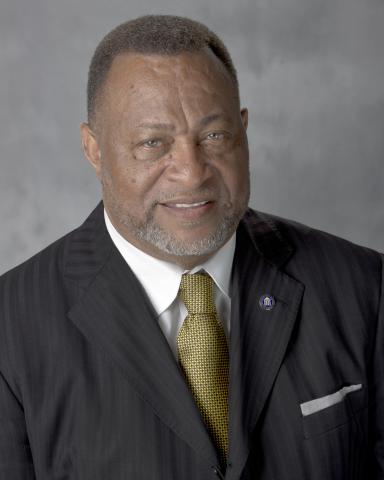 Alabama State University is sad to announce that Elton N. Dean, Sr., former Chairman of the ASU Board of Trustees and longtime Chairman of the Montgomery County Commission Chairman, has died,

According to a release by the County Commission, Dean, an ASU alumnus, died peacefully in his sleep on Tuesday, June 7, 2022.

“Hornet Nation is deeply saddened by the loss of former Board Chairman Elton N. Dean, Sr.,” said President Quinton T. Ross, Jr. “Chairman Dean was a beloved member of Hornet Nation who was a great contributor to this University, particularly as the leader of the Board of Trustees during a period of unprecedented growth. Chairman Dean deeply loved his alma mater and was committed to the advancement of its mission and vision. He truly embodied the best of that Ole ‘Bama State Spirit in all of his professional and personal achievements. His presence will be missed, but his legacy will live forever at Alabama State University.”

Mr. Dean’s service extended beyond his alma mater and into his community. He was elected to represent District 2 on the Montgomery County Commission as a Democrat in 2000. He was elected Vice Chairman of the Commission in 2004 and named Chairman in 2009.  Mr. Dean continued to serve as Chairman until his death.

During his tenure on the commission, he worked across party lines with other local leaders to land record levels of jobs and investment, at times topping much larger metro areas such as Birmingham and Huntsville.

Mr. Dean implemented an annual sales tax holiday for back-to-school purchases, and he played a key role in plans for a $55 million whitewater park near downtown Montgomery.

A tireless advocate for education, Dean was a key supporter of a 2020 property tax increase to provide increased funding for Montgomery Public Schools.

Dean, who grew up in Montgomery during the civil rights era, was a successful businessman who also served on numerous boards and committees in support of various agencies and efforts in the River Region.

Along the way, Dean received numerous awards and recognitions. His commitment to better his community was recognized with the naming of a 15-acre park along Old Selma Road in his honor in 2020[HS1] .

Despite his prominence as a leader, Dean remained humble in his approach to service and the achievement of his life’s goals. He once described his leadership style by saying, “It is not about me or how I feel. It is about doing the right things for the good of the people I serve.”

**UPDATE (6/10/22) Funeral services will be held on Saturday, June 18, at noon in the arena of the University’s Dunn-Oliver Acadome.