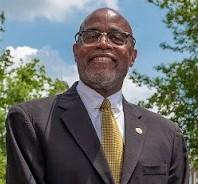 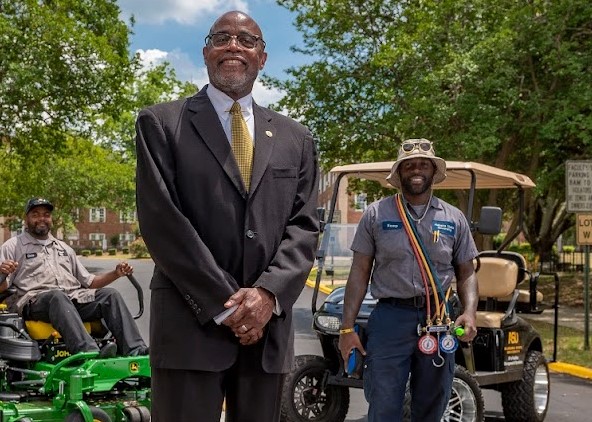 - All part of President Ross's plan to enhance the on-campus quality of life for students, employees and the public

The campus of Alabama State University has been undergoing a number of projects aimed at providing much-needed renovations to existing buildings and upkeep of the landscape as a whole. Many of the projects are visible, such as new parking lots and repaving projects; but a host of other projects are taking place that are not as readily seen.

"All of our projects, outside and within existing buildings, both new and to enhance existing structures, are part of President Ross's plan to enhance the quality of life for students, employees and the general public when they are on the Alabama State University campus," says Donald Dotson, ASU’s vice president of Facilities Management and Operations.

Dotson explained that since Dr. Quinton T. Ross, Jr. has been president of the University, campus improvement and deferred maintenance projects have been among the top priorities that have been planned and executed by Dotson’s department, with the help of external vendors, contracted and supervised by ASU staff.

"Just within the last eight months or so (in addition to numerous projects that began and have been completed over the last several years), we have completed over 30 important construction and renovation projects with eight others still in progress and close to completion," Dotson said. "President Ross told me on my first day at work here that he wanted the University to get on top of these projects because they better the campus and most importantly, contribute to the happiness and safety of our students and employees, which is a top priority. Having our campus in good shape is not only aesthetically pleasing, but it is conducive for better learning by having a pleasant area for our students to attend classes, study and live. After all, for many students, Alabama State University is not just their school, but their home away from home.”

Dotson said trying to name just a few of the completed projects as being his proudest accomplishment is akin to naming one of your children as your favorite - it is hard to do. When pressed, he did say there was some construction and repair projects that gave him deep satisfaction.

"The major renovations at both Martin Luther King and Bessie Estell residence halls, that included new roofs and flooring, put a smile on my face. Also, all of the student housing air-conditioning and heating projects, and the elevator work on campus, especially in Dunn Towers. Also, all of the roadway work was great to finish since it was among the first and most noticeable items observed by the Hornet Nation family and the public as soon as they drove on campus. About 85 percent of our issues on campus were due to faulty roofs and HVAC systems, and we have those completed," Dotson stated.

ASU's facilities “guru” explained that some projects that were undertaken and completed on campus were “acute” in nature and demanded quick resolutions, but he says the key to a University fully operational complex is staying on top of all maintenance projects, little and big, and keeping all buildings, roads and infrastructure in good shape before items are broken or run down.

"Thanks to the support and leadership of President Ross and the hard work of our Facilities Management and Operations team, these projects have been successful and the school is a better place to study, work and live. Yet, we must continue to have a maintenance schedule that allows us to make sure items are kept up-to-date, which allows us to make improvements and repairs before they become an issue," Dotson concluded.