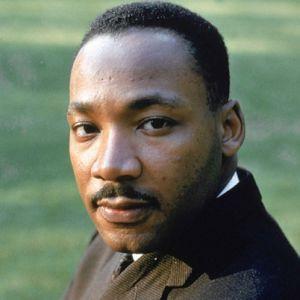 - The event may be viewed virtually on both Facebook @CivilRightsCenter and on YouTube Premiere on the National Center's channel.

Decades past the death of Dr. Martin Luther King, Jr., his legacy of nonviolent protest to combat social injustice is still alive, relevant and utilized in the 21st century, which is the topic to be discussed at a virtual event being hosted by Alabama State University's renowned National Center for the Study of Civil Rights and African-American Culture.

The virtual event is being held on Jan. 13 in observance of the national holiday honoring Dr. King from 11 a.m. - noon and will be livestreamed on the ASU National Center's Facebook and YouTube page (@CivilRightsCenter and on YouTube Premiere), and will feature the discussion and examination of Dr. King's enduring legacy by ASU faculty member Dr. Robert White.

"Dr. King brought peaceful civil resistance and change to the laws and customs that discriminated against the Constitutional rights of African-Americans. He brought those tactics into our realization with modern political dynamics starting in the 1950s and 1960s, and his strategy allowed the nation to make important changes that violence could not accomplish," said White, a professor of Criminal Justice and Humanities at ASU.

White said his remarks will center on the topic that is formally titled “Nonviolent Resistance to Social Injustice and Its Twenty-first Century Relevancy.”

"Starting with the Montgomery Bus Boycott in 1955, Dr. King helped to lay the framework for a successful non-violent direct action campaign in the United States," White stated.  "Across the world, believers and proponents of liberty and social justice have employed strategies worked out by Dr. King to bring change to the unresolved social justice challenges facing people. During my remarks on Jan. 13, I will explore just how these approaches have informed and shaped 21st-century protests."

DETAILS OF THE DISCUSSION OF KING'S LEGACY

The National Center's Dr. Howard Robinson - one of the organizers of this event and a recognized civil right's historian - believes the recent worldwide protests stemming from the murder of George Floyd at the hands of law enforcement officers, and other similar crimes against African-Americans, have served as a catalyst for a resurgence and reexamination of King's philosophy and has inspired this upcoming virtual event at Alabama State.

"The many recent crimes against African-Americans have reawakened a spirit of social justice in the U.S. that compels us to reconsider our understanding of the modern Civil Rights Movement," Robinson remarked. "A few would have you believe that this era of peaceful protest ended in the 1960s with King's death, but our program on Jan. 13 will make the case that it is alive and well, and it is transforming into the latest phase of what Dr. King originated beginning in 1955 in Montgomery."

Both Robinson and White make the case that the unfinished business of King's ideal of social change and racial equality - and the quest of establishing the 'Beloved Community' - is playing out now in earnest in the United States.

They both believe that this event will provide compelling insight on the subject, which will honor the legacy of Dr. King during his national observance and influence others to follow in his footsteps.