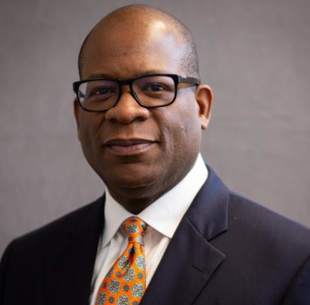 Alabama State University will host its Spring 2022 Commencement Convocation on May 6 (Friday) at the Dunn-Oliver Acadome. The keynote speaker for the in-person event is Hiram Eric Jackson, an entrepreneur and philanthropist who has a 30-year track record of success in business and community activism.

“The commencement ceremonies will be ticketed events,” explained ASU’s provost and vice president for Academic Affairs, Dr. Carl S. Pettis, who also serves as the chairman of the Commencement Committee. “Each graduate will be given 10 tickets to share with their family, friends and supporters. We did increase the number of tickets this year; however, we are still observing relevant COVID protocols.”

Jackson is the chief executive officer of Real Times Media (RTM), a multimedia company headquartered in Detroit, Mich. His company is one of the nation's leading creators of African-American content that comprises eight websites, spanning across multiple media platforms. In addition to its digital platform, the company annually executes more than 50 events that showcase black excellence across the nation.

Jackson is also the founder and chairman of Catalyst Detroit, a nonprofit entity that centers on projects and investments that advance black entrepreneurship, social innovation and economic development. Jackson serves on numerous Detroit-area and national boards, including the Detroit Riverfront Conservancy, NAACP, Automotive Hall of Fame and the National Newspaper Publishers Association.

Jackson earned his bachelor’s degree from Cornell University's New York State School of Industrial and Labor Relations and is a member of the Omega Psi Phi Fraternity, Inc.

DETAILS ON ASU'S MAY 6 SPRING COMMENCEMENT CEREMONIES
The University's May 6 commencement ceremonies will be held in two sessions at the Dunn-Oliver Acadome. The first session begins at 8:45 a.m. and the second one begins at 1:45 p.m.

The details of both are as follows:

THE 8:45 A.M. CEREMONY
The 8:45 a.m. ceremony will be held to honor the following graduation classifications:

The Golden Class of 1972
The Harold Lloyd Murphy Graduate School

The 1:45 p.m. ceremony will be held to honor the following graduation classifications:

The College of Science, Technology, Engineering and Mathematics

The College of Health Sciences