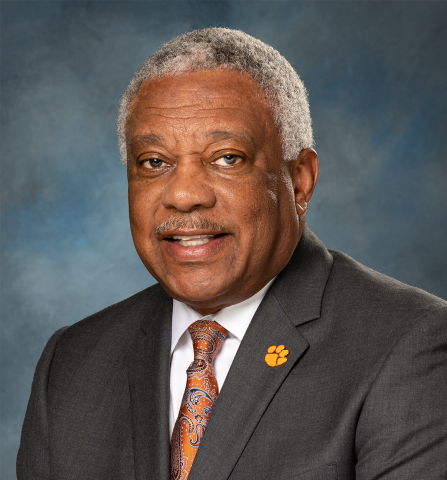 - ASU is America's oldest 'state-sponsored' HBCU/founded in Marion, Ala. by nine former slaves in 1867.

Alabama State University's week-long series of Founders' Week activities will begin with its virtual  'Read & Rise' program on Feb. 2 (Tuesday) that may be seen at facebook.com/asu for local MPS elementary school students in an effort to promote literacy.

Founders' Week then continues to Feb. 5 (Friday) at 10 a.m. with one of ASU's most notable alumni  - Woodrow “Woody” McCorvey (ASU 1972) – serving as the virtual keynote speaker for ASU’s 121st Founders’ Day Convocation.

The virtual convocation can be viewed at facebook.com/asu.

Join ASU President, Dr. Quinton T. Ross Jr., (the 15th President of The Alabama State University since its founding in 1867) on Tuesday (Feb. 2), as he reads a book and interacts virtually with a classroom of MPS elementary school students. Other ASU employees and students will also read to students virtually in other classes to promote literacy; as a salute to the University’s founders, nine former slaves whose vision focused on learning opportunities for African-American children.

ASU CONVOCATION FOR FOUNDERS' DAY IS AT 10 A.M.

Woodrow “Woody” McCorvey (ASU 1972), a member of the Alabama Sports Hall of Fame (2020), will be the featured speaker at the ASU Founders' Day Virtual Convocation on Friday (Feb. 5) at 10 a.m., which may be viewed live via  facebook.com/asu.

He is well known as a college coach and has been with Clemson's football program since 2009. He serves as its associate athletic director of Football Administration. During his years in college football, McCorvey has been a part of five national championship teams and 31 bowl games. He has worked with four national championship head coaches and three coaches who earned induction into the College Football Hall of Fame.

In the 49 years since his graduation, McCorvey has distinguished himself as one of the premier coaches in college football.

His collegiate coaching career began in 1978 at North Carolina Central. Over the course of his career, Coach McCorvey has held positions at such schools as South Carolina, Alabama, Tennessee and Mississippi State. Since his current tenure at Clemson, McCorvey has been credited with helping to bring the Tigers to a level of consistent excellence, which culminated in national championships following the 2016 and 2018 seasons.

During his acceptance of the 2020 Bear Bryant Coach of the Year Award, Clemson Head Coach Dabo Swinney turned the national spotlight from himself to McCorvey. Swinney played and later coached under McCorvey at Alabama. He paid tribute to McCorvey saying his former coach’s name should also be on the award.

ASU WAS FOUNDED IN 1867 BY NINE FORMER SLAVES

The Alabama State University is America's oldest state-sponsored historically black college or university (HBCU). It was founded in Marion, Ala. in 1867 by nine freedmen (all former slaves) who pooled together $500 to create a school to promote literacy among the state's newly freed African-American residents.

ASU began as the Lincoln Normal School and relocated to Montgomery in the late nineteenth century. The University was the epicenter of the nation's modern civil rights movement beginning in 1955 with many of its alumni and employees assuming national leadership roles in the struggle for racial equality, justice, freedom and voting rights.